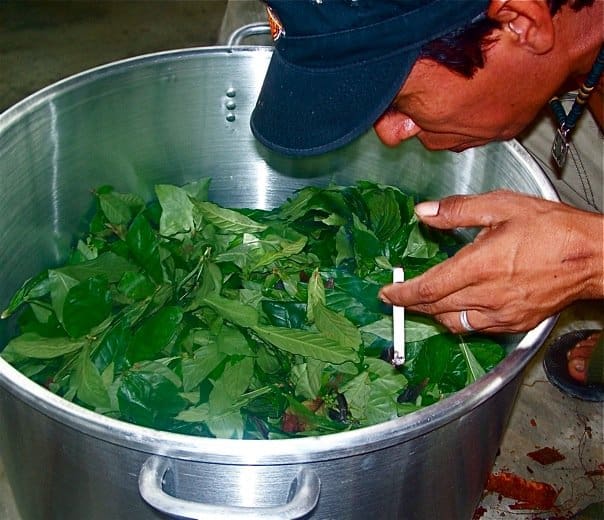 So the construction of the house was underway, and Luco was constantly gone during day working on it. We had gotten the website up (planning to open in a few months) and were beginning to make plans with potential visitors. Having the Beautiful Girl around was starting to give me a friend.

I had originally bought a tiny plot of land ($2 USD) next to the elder shaman’s house, but then it felt better with more space out by the river. So the frame of the big, rustic house was forming. It was unspoken but understood that Luco and I would be sharing it, because it just made too much sense not to.

I know by all Western standards it might have seemed like he was manipulating me into all of this, but I just didn’t feel that in my heart. Even if no one understood, I had to move forward. It was like I was being led by God. The Beautiful Girl thought it was awesome. I wish I didn’t feel this jealousy purge bubble ready to pop.

“Dude, I think it’s amazing what you’re doing. Fuck it man, follow your heart. You’re the one out here. Everything is clearer in the jungle. People are only seeing what they can see from the States through their dark-filtered lenses. Who cares! Take a chance…”

Her carefree were exactly what I needed to let go of fear and doubt (mainly perpetuated by people being concerned about me from the US) and went with my gut. I had already started the process anyway, so might as well go for it!

The first day back with her, we had all been sitting around the outside area of the hostel. The Beautiful Girl spoke a little less Spanish than I did, and Luco was giving her one of his famous wisdom-filled talks. He is very affectionate and attentive when connecting like this (with anyone, men and women both) and though I know that, the residual jealousy of the fact she is so beautiful was starting to build again.

Especially because it is now the three of us out here. Becoming the third wheel (especially of a guy I like) is a huge fear, as it has happened to me many times during my life. It was terrible, and I can’t get away if it happens here. He tends to use people in the examples he is saying, the one that came next got me good.

“So, for example, if I was married to you (Beautiful), but I was in love with Meghan, blah blah…” Of course I tuned out after that part. I didn’t even care what the moral or the message was. All I heard was him use the prettier one in an example that had to do with love.

I tried to hold my shit together, but the jealousy was raging internally by then. I had completely checked out of the conversation, looking around uncomfortably, arms crossed, foot tapping like a maniac. I didn’t want to leave them out here by themselves, and set the stage for whatever the fuck to happen. But the build was too strong.

I was at fight or flight – and I went with my natural reaction: flight. I got up quietly and went to the bedroom, plopped down on the bed, curled into a ball, and sobbed like a baby, pissed as all get out.

A few minutes later, when their conversation was over, Luco came in an kissed me on the cheek, smiling. I didn’t move. Frozen, unwilling to even make eye contact, I stared coldly into the wall in front of me. “Que?” What, he asked. I remained motionless, my pitbull jaw wired into the locked position.

It took him about ten minutes of prodding before I finally lost it. Yelling and crying, I told him exactly what I thought of him and his little connection with this chick. After another ten minutes, the energy was gone. I realized it had all been a purge, and then the guilt set in.

“Meghan, in the example, I was in love with you. You were the one I wanted to be with,” he explained. I still didn’t see why that had to be the example in the first place, but it did make me feel a little better. I felt stupid after this jealousy rant, like it was all in my head. Maybe it was.

“This is the third time you’ve let the jealousy dominate you. Meghan, you have got to get this under control, or you’re never going to be able to handle this work we are trying to do. You cannot be jealous of every woman who is around me. There will be times when I need to have talks with women too, and maybe show friendly affection to to help push out the dark energies and connect.

You will have to do the same with men. We can’t limit our healing abilities to one sex. The love of the Medicine is for all, and everyone deserves to have it. Obviously there are sexual lines that cannot be crossed, but you’ve got to trust me. If you can’t handle this jealousy, you sure as hell can’t handle apprenticeship, and definitely can’t handle assisting people out here. You need to make a choice.”

I had never had put quite like that before. In some ways I wanted to rebel, and not let this guy ultimatum me. But at the same time, I knew in my gut he was right. This jealousy shit had fucked up every relationship I’d ever had. I never even considered I had some kind of say in the matter. I always thought when the guys stopped liking other women, I would stop being jealous.

But I had too much on the line here. The potential of what we could do in sharing this Medicine with people was enormous. This was about more people than just me; this was about the well-being and spiritual growth of every potential person who could have come out here. I had to nip this thing in the bud.

That night, we walked over to the elder shaman’s house for ceremony. I had a clear intention as to what I wanted to do. That jealousy entity was being evicted, tonight.

As I dropped into my mareaciones (visions and other senses that the Medicine opens up.) I called it up. The jealousy. I was ready to do whatever it took.

I was brought down into a dungeon. It looked like an underground pool hall where people dressed in “goth” were drinking and lurking around. They looked at me snidely as I entered. Through a hallway I could feel it approaching. I craned my neck looking up as it came into view in the doorway.

Boy was it ugly; very scary-looking. It looked like some kind of frothing gargoyle thing, black and pulsating as it stared down at me. I had a moment of fear. I called in spiritually the shamans I was working with, as well as other helpers. I could feel them surround behind me, ready as backup.

“Look, I know you have been a part of me, living in this body as long as I can remember, and I thank you for the work you have done. But you have got to go. I am ready to live a different way.” He stared back, seething. I kept going.

“It’s my body, and I want you out! Seriously, let’s just make this easy. Just leave!” I said a bit more sternly this time. Nothing. Now I was getting pissed.

“Look, I come with a lot of back, and see all these people behind me? You don’t want me to use it. Now get the fuck out of here!” He seemed to be getting smaller and more manageable. Finally I was just done with it.

“LEEEEAAAAAVVVVEEE!!!!!!” I screamed internally, with as much anger and fed-upness as I felt.  I pointed my finger toward the door.

With that he shrank, and shrank, ending up the size of maybe a large dog. Then he keeled over, tottered, and died. Just like that.

I was startled and a bit surprised. After all, this was the first entity I had tried to purge consciously on my own. I called for Mother Eagle (who helps pull out dark spirits) and she swooped in, and dragged his body away down the hallway.

I felt a FLOOD of energy leave my body as the space he once resided in was now filling up with natural light. I was amazed, and even thoughts of doubt as to whether this was really happening came to mind. So how do I keep him out? I thought.

Suddenly I saw a vision I knew was directly from God. I saw a straight path, and a glowing point at the end. “Keep going,” I heard through senses. “If it tries to poke back through your walls, simply reconnect with me and the goal (the point at the end) and he will not be able to get in.”

Then more information was sent, basically showing me that a bunch of chaos was about to swirl torrentially across my path, to the point that I may not be able to see or understand what was happening. Connect, trust, and keep going.

Follow the point of light at the end of the path, was the message. While there was a shred of doubt at whether this was all really happening, a part of me knew that I had just faced and released an inner-demon. And that yes, I do have the power to do that.

Turns out I would really need this vision later…