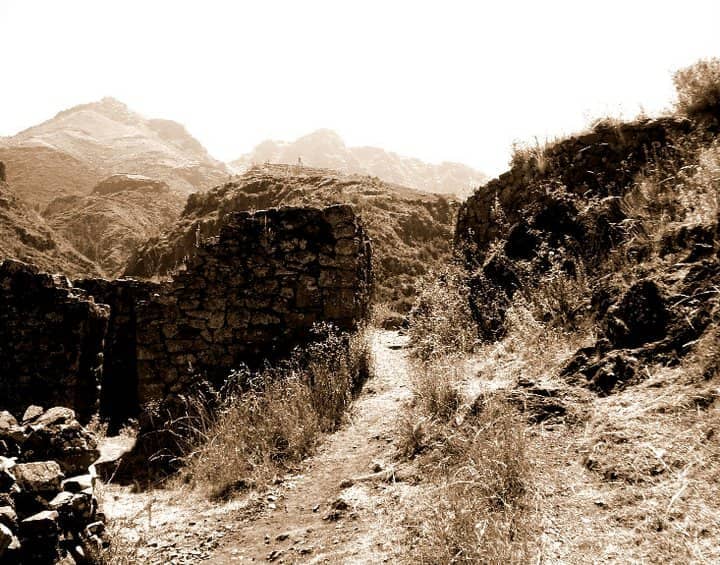 Working on Purging the Western Consciousness

Wow time is so crazy … in some ways I feel like I just began my apprenticeship…the deeper I go, the bigger the picture gets. All the way to purging the Western Consciousness (well, chunks of it anyway).

So I am going to start blogging for real now, after each group at the very least (five ceremonies at a time) since there is just so much to be shared. A quick recap for those who don’t know me, I began my apprenticeship formally in January of 2008 in a small village in the Amazon region of Peru (near Iquitos).

Since then, my entire world has flipped upside down (in an unbelievably amazing way!) I could list all the crap that has purged out of my body (depression, obesity, chronic back pain, spiritual urgency, control, blah blah)

But it all seems so far away it doesn’t even feel worth getting into. Once it’s gone, it’s gone (at least whatever layer I’m working on now.) All I know is that life finally became real, and seeing through clear eyes to levels I never even dreamed of, has been the blessing of a lifetime.

So as many of you know, born quickly out of my apprenticeship was Infinite Light, the center in the village Luco (the shaman) and I now run. It has truly been a Divine experience watching this community/family form.

Luco and I met when he was working as an apprentice at another program, and quickly connected as our life purpose together was very apparent. We’ve been in a relationship since 2008 (with some flexibility since I’m in Peru only have the year.) It’s been an amazing two years for both of us.

Generally there’s a (justified) suspicion when a shaman and apprentice are together (and there is always risk of it messing with ceremony, etc) but for some reason, this one was an anomoly.

He was an apprentice when we first met, moved into the shaman role, and basically lets me do my own thing in ceremony. I don’t get extra hand-holding, nor do we have any trouble following the sexual parameters when it comes to integrity in the Medicine. It just kind of works. We still have arguments like all couples, but within reason. We were actually engaged for a period, but we’re holding off on that to see how this flow pans out.

In the last couple of months, both of us have been reaching new levels in love, communication and connection, as our relationship has been shifting around from that of two people in love, to the purest form of soul-level and service love, with the natural freedom that accompanies it.

Basically, moving more into an official “open relationship”. But things are shifting, and we don’t know where they will land. But what we do know is that we love each other and have a life purpose working together, so whatever form it needs to take to allow that to happen, we’ll do.

Though I had released many levels of jealousy and control over the last two years, the Medicine really got to the foundation of my relationship imbalances with this one (or so I think, famous last words!) While in the States for the last few months, I got the mother of all emotional purges (for me.)

Basically using a friend of mine as the catalyst and a Divine dream, doors were unlocked from adolescence that flooded open (now that I was at a level where I could not only recognize and understand what was going on, but handle it emotionally and physically.)

The trapped energies of the insecure 14-year-old came out in full. One time I looked in the mirror and physically saw the energy patterns purging off of my face. I went through periods of pedestalization (is that a word?) of the guy, starry-eyed love, fantasies of the white picket fence future with kids and all (and anyone who knows me knows that that is definitely a purge, since it’s so not the real me!) becoming so intense, that I knew I had to allow it to come to a head and purge out through an awkward conversation.

Now, the whole time I knew I was purging (which was why I was finally ready to handle it) though I wasn’t clear if the whole thing was a Divine set-up to get the energy out (since my friend who was involved is also in the Medicine and naturally would support me through it) or if there was any reality to the feelings underneath it.

When I dropped the bomb, the let down triggered the second half of the purge…the deep feelings of rejection, unworthiness, anger, embarrassment…the full gammut. This was much deeper than feeling dissed by a boy…this was about my true connection to everything and everyone…to God, to the Universe, to All that Is.

I also had to trust my instincts in knowing that even though I was purging, I became very clear Luco and I needed to realign the relationship in a new way. Purges like this are for all of us, every person involved benefits in the end (whether they recognize it or not.)

Coming to full trust in my instinct, God and the Medicine, and doing what I know we needed to do, despite my fears of how the shift could effect Infinite Light, I went to the most vulnerable places in my heart, closed my eyes, and leapt.

So of course, the Medicine gave me enough time to recover before heading back to Peru in January. During the last group, it all became blazingly clear as to why it all happened, how it opened doors and moved things around, maximizing the healing for all parties involved.

Within days, Luco and I had passed a big test in trust and communication, ultimately making us more solid and ‘in love’ (in the truest sense of the word) than before. My friend and I are great (the feelings are completely and totally gone…since the job was done) and I began to move into a new level of purging as I saw deeper into it, pulling up the blocks to the pure connection of the Divine feminine (that´s another story but related…but you get the idea.)

But it’s Actually So Much Deeper

I still wasn’t clear as to what the root of all these energies were…my parent’s divorce? Felt too superficial. In the first ceremony, I asked. I saw a vision of a thick, concrete foundation layer that I will be purging over the next couple of months: the Western Consciousness.

I didn’t even know you could actually purge layers of the crap in the Western Consciousness out of an individual body. It was all fear. Fear manifested in the form of feeling abandoned, or rejected, or separated in any form. Which causes the ego to build defenses to protect, since there is a perceived void in the foundational structure.

The ego defends with control, and manipulation, and micromanagement, and guilt, and judgement, and ten thousand other things. But if the foundation appears as solid as it truly is, and there is no fear, those defense mechanisms need not exist. So we dive into the foundation layer of the Western Consciousness.

The first ceremony was more of my actual shamanic training I’d begun receiving as of late. After about a year and a half of intense purging, I was finally at the level where I could actually begin working in ceremony (I’m still purging at times obviously, but at a much more manageable level).

I had learned how to give ventiadas, begun singing Icaros, and able to clearly feel energetically what do to and to what extent to support others in ceremony. I always felt like I would be Luco’s five year old daughter tagging along, since he’s always going to be 25 years ahead of me in the Medicine. But this week things became empowered.

Second ceremony, they actually took a chunk out of the consciousness. It was a different kind of purge, and there would be no Icaros for me that night. However, as deeply as the shit was leaving my body, I was able to jump to when someone asked me for something (which was exactly once…much less than normal. The Medicine flows very efficiently).

Ceremony three, I got my first Icaro that was just mine. It was all about Divine Feminine, and basically was showing me how I wouldn’t even be learning many of the traditional Icaros, as part of my role is to support in bringing in the Medicine in a new, more femininely balanced, more loving way.

The tradition is amazing and though this felt right to me, I checked with Luco as to his thoughts. This wasn’t exactly traditional shamanism if I’m getting Icaros that are for me, a white Western woman (and let’s face it, cultural appropriation is a problem.) But he validated exactly what I was feeling.

What’s more important? Preserving and conserving a tradition that has brought the Medicine through for centuries, through a sometimes overly masculine culture (his words – this is not my judgement, this is just what I got in ceremony and validated) and the approach has been even a bit violent at times, as spiritual battle is commonplace among many shamans.

The Icaros were born out of this energy, and the approach the shaman uses, their own light/love level, and whether they choose to focus in or participate in outside battling, will effect the entire stage the Medicine is set in.

Neither way is right or wrong…for some, the more militant styles will be exactly what they need to release the purges. But for whatever reason, bringing the Medicine through in a Divine Feminine and loving way, balanced by Luco and the more traditional masculine way (minus the militant battling) is part of our purpose and Infinite Light’s particular thumbprint in bringing the Medicine through in this way (I know we’re not the only ones either, as spiritual the Divine Feminine rebalance would most likely bring a shift to many working in the Medicine or other spiritual endeavors.)

So purging and rebalancing the layer of consciousness in my body, simultaneously with the Divine Feminine being empowered into me…coincidence? Definitely not. I see why the “boy issues” would be a layer on top of that, then the “girl issues” (catty dumb shit – that’s actually really serious on the spiritual level) works out as the rebalance continues. I will keep you guys updated, but all and I am am super excited about this period!

Sorry that was so long, but that was really from the last five months, not just five ceremonies. I’ll keep it concise for the future ones! Much love everyone! And go watch Avatar if you haven´t seen it yet:) Be back after the next group with more!