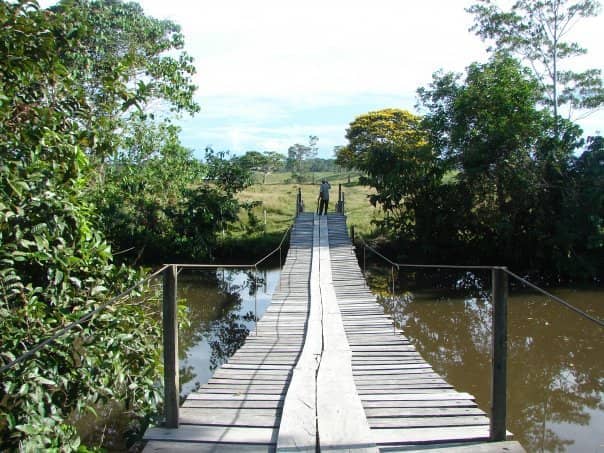 Shamanic Diet – Leading to my Hardest Ayahuasca Purge so Far…

Wow has it really only been two weeks since that last post? It seriously feels like a lifetime ago. It’s a time-warp in the Medicine. And I’m warning you right now, words cannot do this thing justice. Everything I’m about to write was about 100 times more intense than I can create on paper.

This week we did a Shamanic Diet. This is my fifth one, and I dieted 29 total plants, on top of the five Medicine ceremonies. And boy did it launch me levels.

I was pretty much maxed out the whole first half of the group (luckily I am aware that the Medicine and the Divine in general never gives me more than I can handle) but man, this was seriously the toughest purge I have ever experienced.

Purging the initial fear when I first started: scary as shit.

Purging the years of drug use: like the worst “bad trip” ever.

Purging layers of ego: took every ounce of humility I could muster to move an inch at a time.

But purging the fear-based consciousness out of my heart…that was a whole other thing.

I have seen very clearly how the Medicine has been working with our Infinite Light group as a collective, purging many people of excess fear out of the heart. How? By using real people. Each other.

It’s one thing to imagine how it feels to fall insanely in love, then the deepest pain when it doesn’t work out.  But imagining it doesn’t provoke the energies like putting a real-life physical person in front of you to trigger it.

The Divine set-up given to me for this very reason over the last few months…well I guess had to get it first to be able to recognize it and support others through it. But their stories are theirs…mine isn’t done yet:)

Going into the Deepest Fear

So after a reconnect and “honeymoon phase” of a new level with Luco, a physical world trigger knocked my bliss down to the depths of my deepest fear, what I believe is the deepest fear of the consciousness…feeling alone.

I used to think death was everyone’s deepest fear, but death is unity, whether you believe with something or nothing, but it is clearly not lonely there either way.

The triggers pulled up all kinds of resentment I had towards women, then towards men, then finally towards myself. Meanwhile the Sanango in the diet had been painfully cleansing the blood in both my upper arms (most on the left side) as if I had gotten a shot and was swollen with ache.

Words will never be able to describe the emotions pouring out of me that took every ounce of connectedness I had to be able to endure, allowing myself to fully feel them as they released, yet be able to still know what was going on, was a challenge I would not have been ready for anytime before now.

To be able to recognize that the real people involved were just symbols connected to the deep seated fears that existed in my body long before I ever met them, well, it was a new level to say the least.

I just stumbled through it as usual, doing the best I can, not knowing what the hell I was doing at times. So I went down. Down, down down…

To the Roots in “the Gap”

One ceremony, I returned to energies that tapped into being a very young child. At one point, I felt like a three year old screaming out for her daddy’s attention, and while I didn’t get it, went through periods of extreme anger, frustration, wanting to basically throw a tantrum.

I found myself shaking and hitting my leg, as the ‘fight or flight’ defense came out full force.  It took every ounce of management I had to be able to simply sit in that space without physically crying out or running away.

And you know what purged? Addiction energy. It felt like a drug withdrawal.

That’s when it became clear where the initial addiction energy must have come from…the lashing out to avoid feeling ‘the gap’ – the perceived separation from God.

The next morning, I awoke feeling as if literally, everyone on the planet had died, and I was the only one left.

I was in the gap.

I went to the place I had created addictions to avoid going to. I had created a strong ego defense to place in front of this seemingly infinite void.

All the years of manipulating relationships so the guys would have to stay with me, so that I wouldn’t have to go to the abyss of separation. I went there. I was only in it for maybe ten minutes, but it felt like one of the deepest ten minutes of my life.

I soon began a mourning process for the humanity I had lost (and it was clear, the love from humanity was the missing piece, as love is simply a connected, collective energy, otherwise known as Light, God, Universe, Unity, whatever).

Then I ate breakfast.

Doing diet, we eat very bland food in order to allow the plants to fully absorb in the body. No salt, sugar, oil, spice. Just eggs, yucca, and rice. As I ate it, the Life/Love in the food from the plants and animals they came from entered my body, and created a small bit of relief. Now I know where the food addiction comes from.

I then went through a purge of being extremely horny…about ten minutes of near orgasmic levels of wanting to be touched. I also understand why orgasms of all sorts are not permitted on shamanic diet. I learned where sexual and relationship addiction came from.

The purge continued until it was complete, and at a manageable level for the day.

In ceremony, another level of the gap closed. Another period of rage, followed by another period of crying from the depths of my heart I had never felt before…built and built until my heart simply BROKE OPEN.

Like a nut that cracked. It about doubled in size and spread across my entire chest, rather than more on the left side and concentrated where it was before.

I was flooded with a level of bliss I cannot describe…in an ecstatic state of Divine union and relief from the heart I didn’t even know was blocked up with consciousness concrete.

Luco immediately came to give me a ventiada healing to surround me with extra protection and blessings, as my body would need a bit of time to get used to my new heart and adjust to it.

I felt like Jake in his new Avatar body…just with a new, open, big clear heart. This marked the end of this round of the six-month heart purge…a long, deep, challenging one, the most challenging yet. But also the most effective in my world.

The Other Side of my Hardest Ayahuasca Purge

There have already been noticeable changes in my body image, ability to let go and allow Luco and I’s relationship to flow freely, and being in gratitude to all my soul friends who supported me by playing the role of the physical world triggers.

Wisdom of higher levels of service is coming in to prepare me to support others through this same purge. Sweet relief to be able to share love freely, without conditions.

It came in ceremony that the light is liberation, and the dark is limitation, and that includes within partnership.

I am beginning to get my footing in the apprenticeship we call Life.

So I’m taking a rest now, enjoying breathing as I´m sure the next phase will be here sooner than I think:)

PS – note the left upper arm blood cleansing…my physical heart was being worked on as my energetic one was. Hence the new physical manifestation of my body…

Love and Light to everyone:) Don’t fear the fear…that’s where the bliss lies.