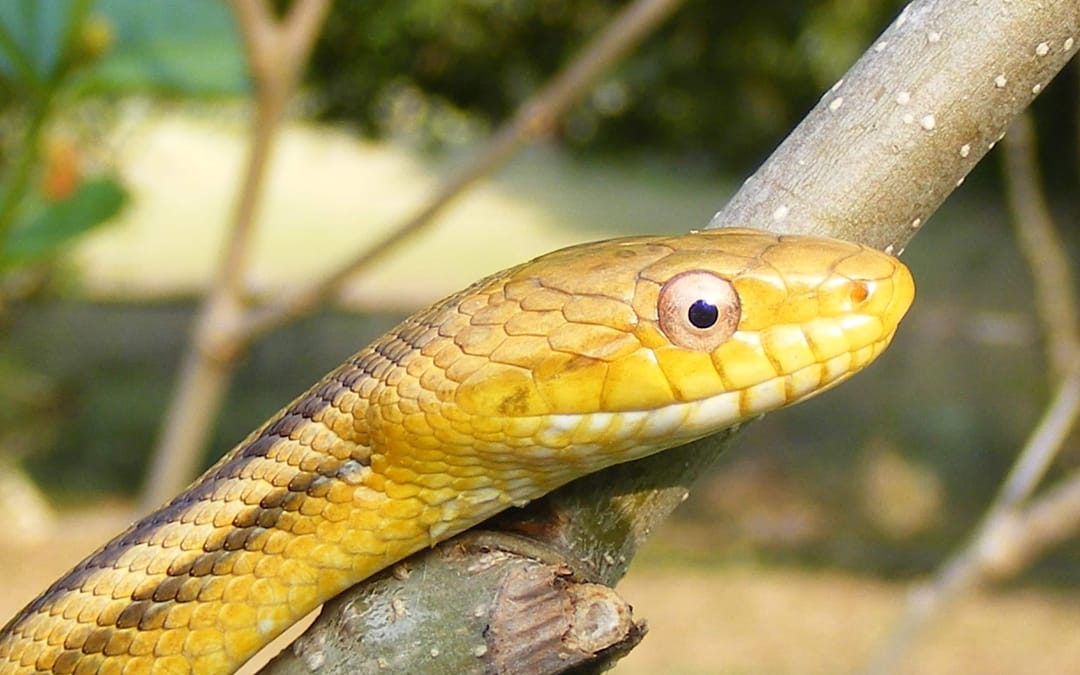 I think I’m ready to shed the serpent’s skin. The last group was unbelievable for me. I had been holding the intention since I got back, to level out the energy after a turbulent growth period (it basically leveled out on its own as soon as the collective purge was over.) So when I began the second group with that same vague intention, I realized quickly that was counter-intuitive.

I hadn’t really been mareado (the state of experiencing the effects of the Medicine) since I returned back from Peru, with the exception of the one ceremony I did on my own. I had always been somewhat ‘on call’…ready if anyone needed my help. It quickly became apparent that truly, this was not my job, and in fact, I’m not yet qualified to know when to act and when to allow the person to have their experience.

Monday’s ceremony I did a couple of practice ventiadas (a shamanic way of pulling dark energy out of a person purging.) By the last one, I had been literally blown over by the energies that flew out of them and onto me (another reason why I’m not ready to do these except when it is really clear that I need to – the ‘wax’ around my energy field cannot yet handle the superdark stuff yet.) The ventiadas work (meaning they leave the body of the other person) but then I have to purge out the energy myself, which is pretty counter-intuitive considering they were en route to purging them in the first place.

As Luco and I talked more about it, it became clear what this was really about…control. I realized that I wanted people to feel nurtured, taken care of, and leave happy. Seems like an innocent desire. The problem with it is, I didn’t get where I am today by getting nurtured and taken care of every time I didn’t like something I was purging. I got ventiadas when it was at “emergency” level (it’s not actually an emergency, just an extremely difficult experience).

There were times I asked for help and didn’t get the instant gratification of having it in physical form…sometimes knowing that the shamans’ spirits were helping me was all I was going to get. And you know what? It trained me.

It trained me to get off the ventiada-dependency and leave the nest, learning how to do this stuff for myself. The skills I learned in ceremony I needed for life everywhere, and sometimes the tough love was the most help I could have asked for.

So what made me want to “baby” people? My own ego, once again. Wanting people to go back and tell other people how much they were “taken care of” at Infinite Light. But when I really looked at it, I couldn’t escape the fact that doing that, me micromanaging, was out of integrity. This is not “baby Ayahuasca” path…and some of it takes maturation.

Hence, my choice to release the current level of ego control that I was beginning to recognize. I threw my hands up to allow the Universe, the Medicine, the shaman and the guests to have their experiences, just like I had the opportunity to, without interference during ceremony. My role involved supporting with processing the next day.

The next day, I already felt relief. This meant I would be able to go back to just being an apprentice. I could have gotten stuck here, in this place, and not moved, thus ending my shamanic training (more or less.) Now I could focus back within.

By the afternoon of the second ceremony, I had a mild fever. Just enough to knock me out of eligibility to participate. I could almost hear the Medicine chuckling at me…”well you said you were gonna let go!” Kicked out of ceremony! Apparently it was a wild one, and everyone got exactly what they needed.

Next couple of nights, many things began to move. I felt like I was wiping my feet at the doorway of big Level 2. Since the huge purge during the Sanango Diet round in January and February, I had felt a new level of balance and calm (with that one big ego purge in there too). There were still a few things I needed to work on, but they were manageable. I felt like it just wasn’t the time yet for them to go.

Last ceremony, Saturday, we did on the new boat. This was my first time having ceremony on the water – and it was every bit as amazing as people had made it out to be!! The water just immediately sucked the dark purge energy away, leaving me with a crystalline, clear flowing experience.

So many things happened, I can’t begin to describe the ins and outs. What became blazingly clear though, was the small list of things that I was holding onto. These things had nothing to do with their manifestations at all…they related to holding on to the old identity that I had been developing over the last 30, specifically 15 years.

Next Phase of Maturation

Seems the first 15 years of my life (almost half exactly, as my 30th birthday is in October) was about growth, fun, being a kid. The second half was work. At 15 is when I really started feeling the effects of the issues.

I picked up smoking, began the anorexic/obese swings, lost my personality for awhile to being a clone of what I thought people would like, started smoking pot which led to other drugs and alcohol, etc. I became a “party girl” at some point, the chubby, “everybody’s friend” cool people pleaser.

Everyone’s therapist. Everyone’s shoulder to cry on. I was “non-domestic” (meaning I didn’t like to cook and clean, yet still managed to morph into an annoying Stepford version of myself at the first sign of a relationship) owned the “free spirit” identity (which I affiliated with being broke) and later fell victim to my self-created “trapped artist” syndrome, where I would bitterly and with jealous anger long to be able to express myself the way my artist and musician friends could.

So at almost 30, it is time to actually shed the old skin completely, meaning release the energetic patterns that go along with the old me. The new me (well, the real me) is almost completely out of the closet, and while of course there are always more levels of ego, etc to purge and restructure, I finally do not feel debilitated or scared of the issues, the future, etc. I trust myself to be able to handle whatever, even if it’s not necessarily what I want to see.

The biggest energetic ‘depressants’ (that are still left, since the drug and alcohol abuse is gone) over the vivid colors of the new energetic identity, as I have begun to notice, have been smoking, and overuse of sugar. Not the actual cigarettes themselves, but their affiliation with the old identity.

This has been a big deal for me, because despite the anger and hatred that the Western world spews at tobacco (may be better aimed at the cigarette industry itself) I love tobacco, and it has been a friend to me during an extremely challenging period of my life (on and off for the last 15 years of work.) Used in proper ‘doses’, tobacco can be an extremely powerful neutralizer of energy, serve as a protector, and an offering to plant spirits. Native cultures have used tobacco as such for thousands of years.

But, just like any medicine, too much can become a poison, and smoking out of addiction energy or just for fun (with no medicinal intent) does something different to my energy, and is affiliated with the old identity.

There was also a lot of rebellion there. I got really sick of Western Spirituality judging me and basically telling me that I couldn’t be “spiritual” if I smoked (even though my cigarettes were all-natural). It just made me want to smoke more and prove them wrong. There was such as stigma about smoking, yet popping Western meds or eating McDonald’s was commonplace. It simply pissed me off, and my ego fought back.

But rebelling against the “Western Spiritual Ideal” isn’t worth stunting my progress over (that rebellion energy was also rampant in the old identity – now I prefer to use it to navigate society with!) I have bigger things to deal with than being annoyed by judgments (my ego provoked by an egoic consciousness – it’s still feeding the ego fight.)

So, as I have chosen not to struggle, I had released the need to stop smoking until the time was right. And all it took was a new level of awareness as to why I was smoking in the first place. Most of the issues I was using tobacco to self-medicate are either gone, or to a manageable level.

It has served its purpose, and I no longer need it with this new energetic identity. I still plan to use tobacco in ceremony, or other times when extra energetic protection is needed. It has been eight days since releasing the daily tobacco, and my body is on board adjusting, and my mind is fine and there is very minimal struggle.

While I always appreciate the support I receive on facebook from these blogs, I ask that you please be mindful that I am just coming out of a big belief system shift with this, and the ego is still recovering from working overdrive defending tobacco.

I’d appreciate comments that are still respectful towards the plant itself, instead of being bombarded with how happy you are that I “finally quit smoking”. I know this is my own ego that cares, but I’m asking for support in choosing responses carefully as to respect all involved (specifically the tobacco spirits.)

The other small manifestations of this old identity involve cleaning, wardrobe, inner artist, balancing sugar and caffeine, learning self-defense, finances, etc. These will come easily as I’m using the smoking to move the energy, the rest is grown from the same root.

Sugar training will most likely be next. Basically I have some more training here in Peru, then some more applying/training for two months in the States, then at my 30th birthday in October, I will officially step into my new energetic skin!

What’s so amazing about this, is where I am now is where I would have been grateful to get to in my 70’s. All this work, I can’t even remember it, as it feels so amazing to be clear inside of my body. The “back work” overload is finished, and while I will find more seeds in the ground of my body, more levels of ego and more belief systems to restructure, I can do it happily, with an understanding of what is happening, truly seeing it as an opportunity for growth rather than some shit happening to me. I can breathe, I can smile, I can know I’m on Life Purpose. And I’ve only just begun!!!

I have also, in the last month, actually unleashed my inner writer. Creative non-fiction:) I have submitted something to be published in a collection of works about my Ayahuasca story (will let you know if it gets in!) as well as begun the whole story (which is still in progress!)

It feels GREAT to be actually writing, watching my creative style develop itself. I am smiling from deep within my soul to be able to learn to communicate my experience better and better, both in blog form and creatively.

Much love to everyone, and I wish you the breath of warm air breezing through your body and life as well!