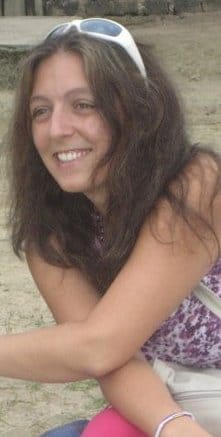 This has been one of the biggest breakthrough sessions I’ve experienced so far. So much of the three month heart purge at home, plus first session all building and leading up to this. I have a whole new perspective on the concept of longing.

Doubt purges are especially difficult to move through (since the nature of the energies purging are doubt, as applied to myself for this one) so walking through the fire anyway can be obviously a challenge. But then, when the smoke clears, oh sweet loving beautifulness!

Not a Heart Purge

I may have forgotten to mention before, that Luco pointed out during the first group that it wasn’t actually a ‘heart’ purge that was happening before, it was a fear and doubt purge from the mind (duh – wisdom is always so obvious once you see it!) The ‘extention’ diet is something that came from my intuition (or the Medicine through my intuition).

Not a full-on second diet (because I was using soap and the 30 day count started after the formal diet ended) but I would continue to drink a new plant tea (this time with only 12 plants), eat the diet food, and stay on grounds.

Luco had told me that the new plant spirits (even the ones repeated physically) compounded spiritually and had the effects of a 32-plant diet (which I only sort of believed until I felt the effects!)

Diets are meant to strengthen up the physical body, mind, and heart so the spirit can handle higher levels in ceremony. And damn if that’s not exactly what happened:)

So as the group went on, I found myself having a harder and harder time emotionally with the new set-up with Luco (being together for almost three years, then living in separate quarters required some adjustment.)

Obviously, though it was clear that right now in this space and time, it is for the best for us to not be in a committed relationship, the level of love we share is no less.

It actually feels stronger, now that we know it can survive being in new form. Divine Love, as he referred to it once, superseding whatever we choose to do with it in the physical. However, in human form, the desire to be cuddled and nurtured was screaming out like a child craving love from a mother.

At one point I talked to him about it. He reminded me that I’m purging (and sexual and emotional energy is a common purge on diets). ¨Just keep going. All of these questions, struggle-filled thoughts, what do I want, who do I want, etc etc, they will all be gone when you finish this mega purge.

Releasing your ¨raza¨(race/consciousness) is the last big purge before you come into the level to be really trained in supporting others in and out of ceremony.

Just keep purging, don’t back down. The confusion is part of the negative energy.¨

All of this I had learned on my own over the years of ceremony (except the ‘last big purge’ thing,) but it was nice to get the validation during a purge of self doubt.

So the next few ceremonies I purged oldschool. Like I was in my first year. Darker darkness than I had seen in years. I had even had to put water on my own head! The cement layers of consciousness house some of the densest energies I have ever seen, and the way it came out validated even more the depth of this purge. Mechanistic systems softening, cracking, little by little. It’s not done, but we are well underway.

One night my heart was ACHING for Luco. LONGING for his energy, his voice, his touch. It was like all the feelings I felt spazzy about before as applied to Catalyst, now got re-applied to someone I have a very real, deep, long-standing love for (which took the feelings to an even deeper, more vulnerable level.)

I kept calling his spirit in just so I could feel his energy surround me. As it began to peak, it felt like a hand gripping my heart, covering it, squeezing it, wanting nothing more than to experience the deep love I was feeling.

‘Why? Why does it have to hurt like this?’ I cried out to the Medicine internally. I don’t understand why I’ve had to live so much of my life loving people so hard that, for whatever reason, can not love me back? (whether it be they don’t want to, can’t, or it’s in all of our best interest not to.)

Why have I spent so long LONGING for what I can’t, for whatever reason, have? WHY DOES LOVE HAVE TO HURT SO FUCKING MUCH???

¨Meghan… love doesn’t hurt.¨ Pause. ¨It’s fear. It’s the fear of losing love that grips your heart. Eradicate the fear, and you’re free to love.¨ The Medicine’s wisdom sails through me like a cooling bath.

I’m purging fear. Love is love. It is light. It is free. It asks for nothing. Everything else, no matter how much or little you love someone, is coming from fear of losing it. And then they blow me with another…

¨Longing is not an expression of deep love.¨

Whoa. I have to sit with this one a minute. I had never even been conscious of a tendency towards longing, as it was a major blind spot. I never even thought to look into it, as I assumed it was a way of giving reverence to deep love. I sat for a moment and digested the kernel that just rocked my world.

Since I started liking boys, I was apt to crave the ones I couldn’t have. In high school I created fantasies around ideas of people I barely knew. In my 20’s I’d be paralyzed by breakups, thinking I could never love anyone else ever again. Longing.

In movies, people long and long, and in the end get their wish. In the physical, not so much. I started to investigate it further. I got as far as ‘victim mentality’, when the Medicine threw me the clarity.

Longing as a Defenses Mechanism

Holy shit. Longing as a defense mechanism. Then it all began to unravel and make sense.

Defense mechanisms are created by the fear-based ego in order to protect the weak spots in the body (at least the way I’ve experienced it so far.) That layer of self-doubt that was wrapped around my spirit has caused a generic weakness, since I was not able to know my true self and strength.

So it created longing as a way to KEEP ME OUT OF THE PRESENT, in fear I would not be able to handle it.

I saw a visual of the spirit getting sucked out of the body (not literally, but sucked out of the present), being left with a distracted, mess of a shell, paralyzed and unwilling to move in reverence to the love they can’t have.

But longing is not honoring the love at all. It is honoring the fear. It is a way of distracting. It is a way from avoiding feeling the feelings I may have actually been feeling underneath, which for me, would be a self-fulfilling prophecy of the self-doubt that says…’see, you really aren’t good enough’.

Wow. While I’m sure this may be very obvious to some of you guys, it was a hella blinder for me. I was only ready to see this and hit this core stuff after years of work. And all I can say is dude – FUCK YEAH.

Connecting to Who You Really Are

I so deserve a life without doubting myself and muting my colors – that’s what I’ve been working towards all this time. And I do no good to anyone as a watercolor palette when I’m made of oil pastels.

I am vivid, and bright, and right now, my colors are busting out of the cracks and popping chunks out of the cement of the consciousness. And if I can do it, anyone can. In fact, the act of me doing it expands the possibility for others to see that it can, actually, be done.

So I will keep doing my part on my inner work to rock this consciousness, and ya’ll keep doing yours, and together, we can move mountains (or cement!)

So obviously, that was HUGE. And within days, already ideas and life purpose stuff have been flowing in and out like rainbow waterfalls. Being that, as I understand it so far, my life purpose involves helping others into Life Purpose (which, by no accident, is the most soul-satisfying thing I can think of for me, which is how I know it’s my life purpose) It’s already jumped levels.

There has also been a big (hopefully one of the final) squeeze with the lack mentality (specifically around money), which is obviously a huge inhibitor for most people to get into their flow and purpose.

They always train me on myself first, so I can actually have some experience to draw from. So as the finances have been squeezed, the drops of lack are being wrung out. We come into our life purpose, and must be open to receive abundance with it.

Because not all of us have roles that fit into a 9-5 schedule (and while I’m quite grateful to those who do have those roles, I’m also happy that for me personally, my life role is not in accounting or something.)

So in order to be able to live within the same consciousness the lack mentality got created, we must transcend the judgment of money being ‘bad’, or people ‘exploiting’ spirituality for it by charging for it, etc (not that the act of exploiting doesn’t happen, but if the person is in integrity it is obviously coming from a light place).

For me personally, my abundance can flow into another’s. Theirs can flow into someone else’s. The ripple effect of free flow and life purpose and the colors of life will no longer be inhibited by fear-based judgment blocks that stop it all in its tracks.

I can’t say why anyone was born into whatever situation, but if you have the ability to do inner work, release blocks, and begin to flow limitless love, support into your own and others’ dreams, and spread the abundance, I believe it is not only an opportunity, but an spiritual duty to do so.

Because as many people get the call, only some will actually be able to move through their shit enough to make movement. And those waves ripple, and trickle all across the world, as various people find their calling (whether it manifest in the arts, parenting, politics, education, social and community service, health and healing, poverty work, whatever.)

The second grade teacher is just as imperative as the 11th grade teacher. So if you want to, are willing to, and can, consider it. Because no one can do this alone. We all play imperative parts (even the ‘bad guys’ at time, I believe). It is so worth the work:)

So anyway, yes, big group, big purges, big happy shiny Meghan. Things are aflowin’ now, and I am so happy I get to be on the boat!

Medicine Quote of the Week:

“Life Purpose is a soul’s love offering to humanity.”