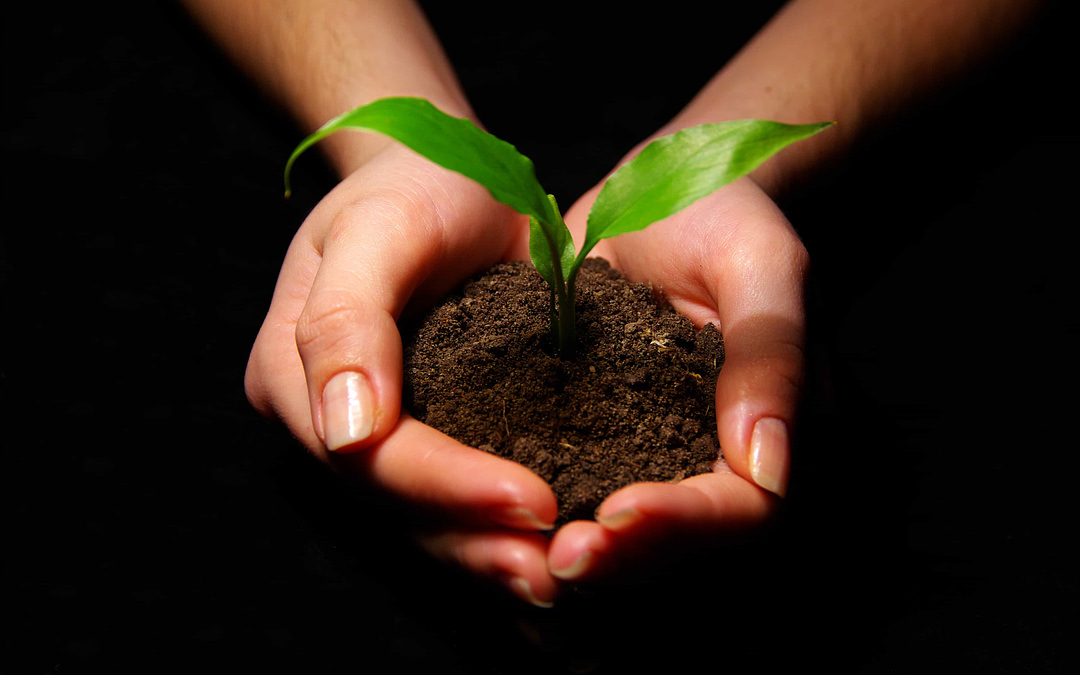 I had a game plan – needing to find out the truth. I was going to go on acting like everything was normal, and when I got there, present an option to Luco which will show me his true feelings. Then I would strategically keep everything cool with us, and adjust accordingly.

If he really did want to be with this Peruvian girl and was just using me for work, I’d find out now. I would stick to my mantra…stay in integrity, and everything will fall into place. If I had to walk, I would.

When he picked me up from the airport, I allowed myself to enjoy the possible last time we meet there, feeling a pricking pain in my heart that I may never see this man again. Don’t let sadness taint your investigation Meghan, this is not about you.

It didn’t take long before it happened. “Luco, you know, I’ve been thinking,” I began. “You know, it seems you have a pretty decent relationship going on with that babysitter girl here in Peru, and I don’t want to be in the middle of that. So why don’t we just stick to the plan, run this thing together, as friends, and you can stay with your girlfriend.”

Whew. I said it. This is the moment of truth. I’m offering him his cake and the chance to eat it too.

What happened next was a complete surprise, contrary to popular belief. He bit back tears as he shared deep feelings for me. A few trickled out. I could feel his sincerity as he expressed how he really cared for and wanted to be with me.

He said he had already begun the separation with the Peruvian girl, and by the time I got back in August they would be complete. I wanted to believe him, as I felt my entire life purpose was staring me in the face.

So I began the two hour interrogation. Every single accusation, rumor, and opinion of everyone I had spoken to was laid out on the table.

Did you really tell your ex you weren’t in love with me? Yes, I did. Why pour salt in the wound since we were breaking up anyway?

What really happened with the third envelope? I told you before, I stuck it in the book and my friend handed them back to me, leaving one in it. As soon as we figured out what happened I got it back to them.

And on and on…

“Meghan, this work is meant for you and me. Just because I have seen it in ceremony doesn’t mean it will automatically happen. You are going have to work through your doubts and fears yourself so you can know for sure.

Investigate, and find the truth, until you know it, through and through, for you. It is out of my hands. I deeply, deeply hope you can see and understand what is real.” His words burned through me. He’s right though. I have to know for myself.

I felt a lot better after talking to him. I was still treading carefully, but it was getting to be a clear battle between mind and heart. I needed some assistance from the source that would give me more clarity for myself, the Medicine.

It was me, Luco, and one other Peruvian guy, up on the second level of the new house. This was my first ceremony with Luco by himself. This would tell me a lot.

Within minutes, I was surrounded by some of the most bright Divine Light I had ever seen. I got all sorts of information energetically, showing me who he really was. It was true confirmation that what I was feeling was accurate.

There were still the naysayers believing that he’d be able to manipulate my ceremony, but ultimately I knew what I knew. I had been past the mental logic, and was trusting my instinctual intuition screaming at me to listen. It had never steered me wrong before.

Second Round of Interrogation

To fully complete the mission and gather as much info as possible, I still went to have the conversation with the Elder. As I walked into his house, I passed Luco’s ex (who was staying there). An uncomfortable hello was thankfully all there was time for.

While waiting for the Elder, I overheard her outside chatting with someone in Spanish. I noticed her language skills were quite limited, and wondered how she could have gotten all of this information from everyone in town. The Buddhist didn’t speak any Spanish at all, and from what I understood, there was no one else out there to translate. And no one in the village spoke any English.

I was ushered back into a room to speak with the Elder and his wife. I asked directly about his thoughts about the accusations of brujeria (witchcraft).

He immediately launched into the thing about the envelopes, then how wrong it was for Luco to break up with his ex. But my question was about brujeria. I needed to know what the Elder thought about him with the Medicine.

I asked again, and he continued to avoid the question. The longer I was in the room, the heavier the energy was beginning to feel. The conversation kept going around in circles, with a dark, looming energy coming out of his mouth.

It was strong enough that I called in spiritual light protection so that it didn’t get inside of me. I couldn’t tell what it was…subconscious negative intentions? Either way, I wasn’t getting anything out of him, and I wanted out of that energy. I was thrilled when it was over.

The Fog Begins to Lift

Walking back into the new house, it felt like a light breeze. All of that energy fell right off of me, and I felt relieved from that heavy pressure. I smiled as I felt at home, and at peace, in this new place. I think I just got my answer.

You can’t fake energy, and though I know the Elder is not like that all the time, with the current situation at hand, it is not what I wanted. Light is what I wanted. I told Luco about the conversation.

“He can’t say I’m a brujo, because he knows it’s a lie. No matter how angry he may be right now about some petty shit, on a soul level he knows it’s going to blow over, and he will have ruined the rest of my life in a moment of darkness.

He’s a good man, just caught up in the storm like everyone else. He knows the consequences of throwing around that word.”

It was true – he’d just danced around it and never answered the question. He had been very accustomed to talking shit, if he really believed it, he’d have no reason to hold back.

Not to mention the fact that they’d been drinking the Medicine together for years. There’s no way he’d be in the same circle with a brujo.

“Back in the day, it used to be a whole group of shamans. Don Julio, [the Elder], the older married shamans, my brother Celiz, me (I was young), and a couple other guys. They drank together for years.

Slowly the group began to disband. One by one, they slowly moved away, going off to create their own mesas (circles). Everyone who tried to do it caught shit. People got jealous and resentful that one of them had the opportunity to actually make a living as a shaman. They talked trash every time.

When came the time that my brother had the opportunity, he took it. He was offered a chance to make a better life for himself, outside of the village, doing the healing work he was meant to do without struggling to find money for the next meal. Again, the shit talking flared. The better he did, the more resentful people became.

They started spreading rumors. It got ugly. The quickest way to take down any shaman is to yell brujo. Or mujeria (womanizing) or money manipulation. Everyone runs scared the other way, to afraid to find out the truth for themselves.

There was a double rumor going around that he was a brujo messing around with some guy’s wife. Once that rumor was out, someone was hired from another village to take him out. And he did.”

I couldn’t believe what I was hearing.

“Wait a minute, you’re saying that someone killed your brother because people were falsely accusing him of witchcraft? Here?” I breathed.

“No, not here, in another village. But yes, that’s what happened. Rumors can be lethal. [The Elder] was in that mesa, and had some responsibility in that (they all did). I can’t imagine how that must have weighed on his conscious over the years. There’s no way he’d do it again. The Medicine won’t let him, I’m sure.”

Whoa. Holy shit. I didn’t even know what to say. I started getting scared.

“Well, you don’t worry about your safety?” I asked, voicing my own fear.

“What’s the point? I work in the Medicine. This is all I know how to do. This is what I’m born to do. It’s the entire reason I am here on this earth. I have to keep going, helping people in the ceremony. I can’t worry about that kind of thing.”

That’s a level of spiritual commitment I had never experienced. I felt my heart flutter, wondering exactly how much I was willing to risk to do this thing. I took a breath, and we sat in a respectful silence.

By the time I left Peru, I was crystal clear. I knew I was going against the big boys (the Elder and Western shamans) who have a lot of clout in our little world.

I knew what everyone would think: that I’m under some kind of love spell, being played and manipulated by money. I knew everyone in their right mind would think I was crazy, naive, and irresponsible not only to myself, but others who came out and worked with us.

But the clarity within was so strong, I had to stand in it, even if I was the only one standing. Me (and Luco) against the world. At least that world. But it was so blazingly clear, like the words of God had been spoken to me directly.

How was I to go against that? It seemed farfetched and a bit arrogant to think that I was right, and everyone else was wrong, but I had to stand in integrity. It was all I had left.

Ultimately coming to this bold decision, I later learned, was the passing of my initiation, my rite of passage into apprenticeship. If I would have buckled under the pressure of other people’s words, opinions, and perspectives, I would not have been strong enough to handle the position I would be undertaking. It was a training and a test.

The factors were real, but for me, it was an enormous integrity and strength check, as well as training to prepare for adversity. Even that one psychic reader was given information to feed every doubt and fear that I had, simply to see if I could trust my gut over her words. She was telling the truth as she received it. The messengers just sent her what I needed to her.

The Oracle was telling me I wasn’t the One.

Now, I was actually ready to begin apprenticeship.

← Searching for the Truth Hindsight from the Future (2012) →