Ayahuasca Spiritual Development vs a Spiritual Experience in Ceremony – What is the Difference? 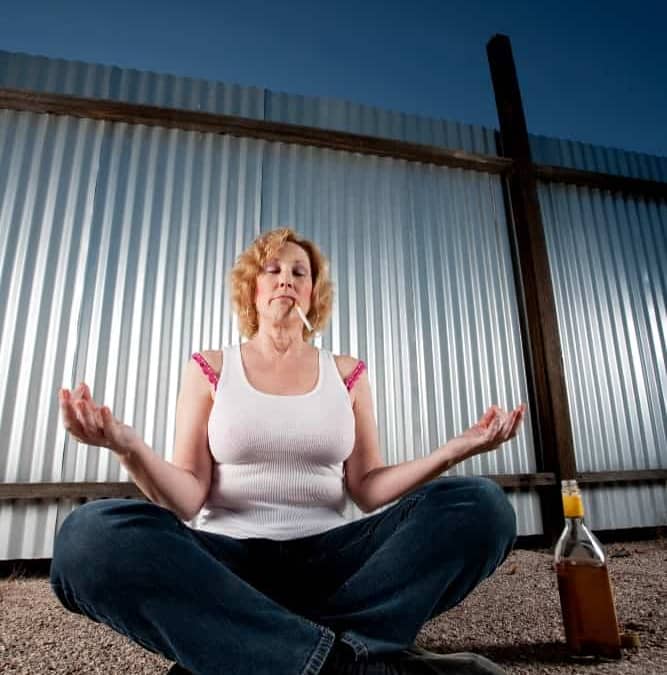 Which Track Are You On?

As the Ayahuasca Shamanic Medicine has steadily gained popularity over the years (partly because Lord knows we need the help), the influx of Ceremony participants by nature creates a dilution of experienced shamans, facilitators and integration specialists – there are simply not enough people who have had enough Medicine time to hold the space for the amount of incoming people, especially those searching for spiritual development.

On top of that, there are many subsects (or tracks) a person can take within the Medicine work itself (just like spirituality – there are many religions, many healing modalities, many approaches to connecting with the greater Universe.) This is natural with no inherent issue, as it allows everyone to walk the path that feels right to them.

The problem presents when a person is looking for a particular thing and not getting it, partly because the language hasn’t been communicated clearly enough as to exactly what a person is doing. I understand why. As an apprentice who helped a Peruvian shaman run an Ayahuasca center in the Amazon for five years, it was hard to decipher at the beginning exactly what his or my approach was to Medicine work. Especially since I’d only worked with other shamans within his lineage, one of which was at a boot-camp style healing center (again, I didn’t realize that at the time.)

There is no problem with most approaches. The problem is in the lack of being able to articulate clearly (especially on a website to potential guests) exactly what the approach looks like. Looking back on what my arrogant ego needed at the time, boot camp style was a perfect start for me. As I shifted over into being more gentle and loving towards myself, it wouldn’t have fit anymore, even though the ceremonies continued to be just as powerful.

The shaman I’ve worked with since 2007 has a very hands-off style. He’s not going to hand you the Medicine and leave, but he goes between waves of Icaros and silent periods, lets you have your process (while checking in) unless you really need it, and ultimately wants you to take responsibility for your own work in the Medicine (as he often says – this is between you and the Medicine – the shaman just creates a safe space for you to work).

Ultimately, I needed this. I’m rebellious by nature, and wouldn’t have done well in an authoritarian-type apprenticeship. I needed to know my wins in ceremony were mine, not his, and that I was creating less dependency on the shaman with time, not more. That being said, he loves to talk about Medicine and spirituality, and will go off on very cool tangents about amazing topics if you catch him at the right time. He also won’t allow himself to be peppered with too many “heady Western questions” at a time. He doesn’t claim to know all the answers, and doesn’t ever want the title of Maestro (for ego reasons) which I admire.

As for me, I started my spiritual journey hard in 2005 when enrolling in Iyanla Vanzant’s Inner Visions Institute for Spiritual Development. This was a very intensive two year program where I was taught vital concepts for general spirituality, which allowed me to begin to interact with my own spirit, the physical world around me and God/Universe in a different way than I had before. I had my intention set on stepping into my true self and life purpose, and knew how my body guided me step by step towards that goal (including bringing me into the Medicine.)

That’s a spiritual development-specific approach. But since it’s how I came in, I had no idea that I had just brought that with me, and it wasn’t just “the way it was” for everyone. Honestly, it wasn’t until about six months ago one of my best friends/Medicine sisters who has been on the path with me forever pointed it out to me. “Meghan, many people go to the Medicine to have a spiritual experience, then may or may not do something with it when they return. The spiritual development piece – especially all the ego/defenses/belief system stuff you’ve taught me from Inner Visions – that’s what makes all the difference.”

This now looks insanely obvious to me, but it really was an eye-opening moment. A spiritual experience during Ayahuasca ceremony does not automatically equate to actual spiritual development (with results at home). In fact, since the Medicine is literally called “la Purga” (the Purge) in the Amazon as that’s what it’s designed to do, purging can open an emotional Pandora’s box which can continue for months, even years after a person gets home. If they don’t have the language, concepts, or recognition as to what’s happening within their body and mind, it can be a shit show. A person can spiral out and react to their purging, creating upheaval worse than they were before, because they simply weren’t prepared, informed, or consenting to the kind of work this would require.

Does Your Facilitator Need to be an Expert?

Since the launch of Beyond the Ceremony (Ayahuasca spiritual development-focused preparation, integration and continual growth, closed in 2020) we’ve had people coming out of the woodworks who are looking for spiritual development from their facilitators but instead, having spiritual experiences. Spiritual development techniques are like wisdom – they are no one’s to own and you can’t patent them. They can absolutely be learned in ceremony once the ego filters are out of the way enough. That being said, it takes a hell of a lot longer than people who already have some level of training it in.

So if your facilitator gives you a blank stare or some new age bullshit in response to a spiritual development question, do you need a new facilitator? Not necessarily. Most Peruvian shamans are not trained in spiritual development, because they don’t need to be. They’re collective cultural issues of the psyche don’t require them to. We’re the ones who are fucked up, so we need the over-corrected tools in order to get our minds back to some sense of normalcy. The shamans and culture are not above have their own ego work to do, but it’s different. Less complex. More direct. We have to outsmart our own mind tricks with mind tricks.

The idea is to get back to our natural state – aligned with our true self/spirit. In Peru, especially in the Amazon, they’re already living lifestyles (and have minds that developed there) much more in tune, rhythm and cadence with nature. Us, not so much.

As Long as You Have the Tools, You’re Good

Point being, your facilitator doesn’t need to be a specialist in spiritual development. But you do (or at least have the basics.) However you want to learn the tools, get support from others, etc so that you can work your Medicine spiritual development path on your own, assuming a safe space is being held, do it. That’s one of the big reasons we created Beyond the Ceremony in the first place. We realized there are too many people for us all not to be working together. We want to see people get out of the Medicine work what they are aiming to (and for some of us, get our own shit out of the way so we can step into higher calling and change the fucking world. One of my favorite personal mantras… “Because I’ve got shit to do in this lifetime!”

So just get clear within yourself (for those that are spiritually focused at all – obviously those that aren’t this will not apply) – are you in the Medicine to have a spiritual experience, or for spiritual development? One of those requires more work than the other, and is totally worth it if you’re willing to do it (and have a true inner draw.)

But make no mistake, this is no “shortcut” as the Medicine has been accused of. This is every step, consolidated into an accelerated track, sometimes to a fault. Make sure you are clear before you start what you want to and are ready to get out of it. And please make sure you have proper support. This work is hard enough as it is! We spend lifetimes building up complex defense systems to avoid feeling these fears, wounds and trapped feelings – and we’re about to dive headfirst into them to purge and release them. There’s nothing “recreational” about this. Let’s at least share stories and commune along the way.

← Ego Work: The Protector of our Deepest Fears Ayahuasca Emotional Purging (After Ceremony and at Home) →