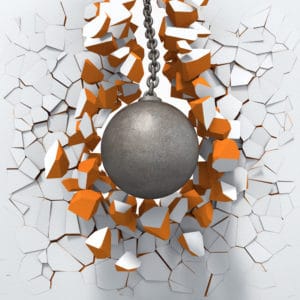 Man, sometimes it’s hard to fathom how these processes work. But they do. If you want the background as to how the Universe set this space up, click HERE.

My Judgements on “Femininity”

So the pieces that I had gotten so far in this round of processing had to do with my judgement against what I considered to be “femininity” (way deeper than I realized) and deep-seated insecurity protected by a thick-ass energetic structure of ‘rescuer’ archetype applied to relationships (creating unhealthy co-dependency as a pattern.) Also a theme since puberty of chasing and longing for unavailable men.

The femininity piece clarified in a way I hadn’t seen before. I’ve historically prided myself on not being a “girlie girl” (a huge tell in itself) and been one of those “cool girls” who hangs out with dudes, or with girls who are also like that. I have a couple of more “feminine” friends, but who aren’t going to be spending time gossiping and talking about lipstick. Hear the judgement in my words? I wasn’t even thinking those thoughts consciously since they were dug in so far under the belief system.

I also had this longstanding hesitation with owning the fact that I’m bisexual. It’s not so much a cultural fear (since I already live in the fringes and have a strong rebel archetype – plus have many LGBTQ friends), but I couldn’t put my finger on why I didn’t feel like I actually was. It was like I had a sexual attraction to women, but not an emotional one, so I felt like that was false advertising or something.

Over the last two weeks, I’ve realized I have a HUGE judgement against femininity, because apparently I drank the misogyny Kool-aid too (ew.) Why wouldn’t I want to date women? I ask myself. Because I don’t want to deal with drama. And gossip. And have to take care of them when they’re an emotional mess. WHAT THE FUCK?! I could not fucking believe these thoughts were pouring out of my mind! ME!?! Unconscious bias at it’s finest. This is how racists don’t realize they are racist.

So as soon as that knowledge became accessible, I immediately set the intention to release whatever structure was keeping it up. Turns out it was connected to the one I was already working on (surprise surprise) of rescuer co-dependency.

The pattern since childhood (inherited from my dad’s parents): Chasing and longing for unavailable guys. Those are the only ones I’ve ever had (what I’ve experienced as) “real” feelings for. It’s taken many forms: they’re in partnership, they’re emotionally unavailable, they’re severely lost behind alcoholism or depression, they live in another country, they’re gay as fuck – or they’re just not into me. But the actual available, interested, nice guys – boring. Aversion. Run.

I would chase and change myself to fit. I would throw anything I could at them to get them to stay: sex, money, a place to live, emotional or spiritual support – it evolved as I got older. But it’s the same shit. I would fuck all boundaries and just lose myself in my unquenchable thirst to be validated and loved by a partner. Then when it inevitably didn’t work out (they couldn’t access the real me anyway, so they were trying to date my ego insecurity structure) I would crawl in a hole and long for them, feeling like I was destined to reside in a state of perpetual longing for what I clearly didn’t deserve to have.

Not all those relationships were bad. A few choice ones were actually really amazingly beautiful, and created on a spiritual plane, and I wouldn’t trade those experiences for the world. Yet, that can still co-exist with my pattern. But with each iteration I learned. I grew. I recognized this pattern years ago. I made small movements. I made big movements. I continued the only process I knew how to do. It finally came full circle.

Give the Teenager What She Wants: LOVE

Once in the Medicine, I started having the ‘high school boy’ purges (some guy triggering my inner teenager who would get all excited by the new energy, then crash once the feeling of “rejection” happened – as it always does with these purges.) Why? Because insecurity is not just a lack of security – it’s a palpable energy that gets trapped in the body like any other trapped emotion. And damn if I didn’t live in that space from about age 11 until my late 20’s when I finally started purging it in the Peru.

This last one I mentioned in the previous post – the first time it presented I JUDGED. I was talking shit about how annoying it was, and how embarrassing, etc etc. In a moment of desperation, I asked out loud, “how many times do I have to fucking do this?!” Until you stop judging it, my higher self responds. Judgement on the femininity, and the feeling of feelings I actually have the right to feel.

Why is it so deeply embarrassing to love someone and not have them love you back? Everyone knows you can’t control having those kinds of feelings for someone (believe me, I’ve tried.) And feelings don’t equate to automatically being a good partner match anyway. What does society say it means about us if we are rejected? Deep shit.

I’ve been through several iterations of these, so I know how they work on me. Purging insecurity SUCKS. It’s really uncomfortable. But there was just so much in there, that it’s taken a long-ass time. I’m not saying it’s done now either – I always leave room. But there’s a chance it might actually be done.

The difference this time is that I’m actually working through it together with the catalyst. New. In an intention space that was offered from the Universe that we accepted, in a container of unconditional love and intimacy. Also new. Plus I’m divorced, I’m older, and I’m just ready. They’re upping my game 😉

So I had several mega purges of insecurity along the way of this last one. I knew I was purging, and they were rough, but fairly isolated to within an hour or so each. Even though I knew I was purging, I still sort of had the assumption that I’d have to live with my feelings for my unavailable friend and just sort of swallow it/come to terms with it, like I’ve done many times in the past.

But of course, that thinking was coming from the old pattern as a default. Last night, during one of our “processing over drinks” hangouts, I finally allowed myself to feel the anger I’d held in over the years. Always downplaying the responsibility of the string of men and taking too much of the ownership. The plight of the intuitive person (especially when doing this work) is we know full well people are not their shit. We can see right through it to who they really are and who they’re trying to become, and the magical, beautiful beings that they are. So we let it go. Swallow the anger. Over and over and over.

Well, it came out. And it needed to. And not on any of the men (as that wouldn’t be fair.) I finally realized what I’d been doing all of these years functioning from this structure – creating a security blanket that they “need” (be it emotionally, financially, etc) so that they wouldn’t be able to leave me. I offered, and they accepted.

Not as Selfless as I Thought

Which means, while my true self was functioning underneath it too (and I only date people who are going to stimulate me spiritually and intellectually) that filter was creating a space between us, limiting the amount of authentic intimacy that could actually get through. And by creating a dependency, I was robbing people of their opportunity to grow naturally, hit whatever rock bottoms are necessary to move things, and basically come into full thriving themselves.

The structure left my body last night, and while I know there might be residual emotional bubbles to purge or habits/muscle memory to practice, I commit right now to never doing this again, inevitably hurting the people I love the most along the way. I don’t know how it will look, since I’ve never had a relationship without it. But from what I’ve seen from this new practice space with Zach (he outed himself on his own page, so we’ve let go into this process with using his name) as our new model, I’m assuming it will be beautiful.

And I woke up this morning shifted. Change. The energetic tectonic plates in my foundation have moved. I’m seeing my friend differently, in a more clear light – closer to the way I’m assuming we’re going to land. I’m seeing unconditional love, not a crush. So apparently, the Universe was not planning on torturing me with those feelings forever. There are definitely still residuals, and I’m sure more to discover, but it’s moving into alignment. Embarrassing part over? My higher self chuckles and winks at me as I write. So I’m guessing not, but I’m okay with that. I just feel like a giant plane of scaffolding just got lifted off the front of my body, and I can finally breathe. I feel like my fucking self.

As a follow-up to the Lilith and Eve blog, I’ve also realized the difference between the essence of those two aspects of femininity, and when they harden into belief and defense systems. One night, Zach was telling me where keto snacks were in his fridge since I was going to get up early and head to work from his place. I was tired and being sort of whiny about how to find them, and he jokingly called me out about not being able to find my own food. I felt my Lilith (as a defense) rear up and get pissed.

Over string cheese. I caught her and reeled her back, but recognized immediately that there’s a big difference between an essence of Lilith or Eve and a hardened archetype turned defense mechanism (which my guess is where a lot of over-correct man-hating comes from – a lot of years of defending. Understandable – I’m a woman too. Yet still an over-correct.)

The next day, I was wondering what femininity looks like if it wasn’t Lilith or Eve. We were wandering around the neighborhood touching trees (my spirit is of the forest;) and I knelt down on the ground and put my hands in some moss. I felt a shot of the earth right up into my body. With the message – Mother Earth is feminine.

Then it all came clear. That’s what the essence of true femininity feels like. Strong. Calm. Clear. Beautiful. The grower of all life. The magic of the forest. Lilith and Eve are aspects, but the feminine energy of the earth is who I want to align with as a woman. It feels like my natural state.

So, it’s been a big couple of weeks. This is Ayahuasca Ceremony pace, but at home with the energy of the Medicine supporting it. And the space of unconditional love and intimacy is like spiritual lubrication – creating a journey that is far from arduous, and brilliantly beautiful. I’m never going back to the old way again.

Love you all so much! Reach out if you have any questions or want to share your process if you’re in a similar space. We are one big team:)