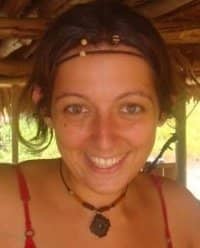 What a whirlwind! This heart-purge/relationship training was no joke. I’ve since learned that this has been a large-scale phenomenon (prep for 2012?) and it is nice to know I’m not alone.

So as this cycle comes to completion, it’s hard to articulate everything I’ve learned in the process. A lot of it was simply pent-up emotions that released and purged out, as well as restructuring old belief systems, ego defense mechanisms, and triggers that I had developed in early high school.

Watching myself through the process was the most fascinating. One of my best friends (who happens to be an ex-boyfriend from a long time ago and knows full well my old triggers and patterns, since pre-Inner Visions even!) was commenting on the difference now versus even last year when I went through the first round of this purge.

Being able to actively not try to control/manipulate everything/everyone, while still stepping up to the plate in a given circumstance at the deepest levels of vulnerability I have experienced so far – well I am quite pleased with that newfound ability.

Being able to love someone where they are at, and not for me, for them, as much as I can without hitting my own detriment – awesome. It’s like in the book Initiation by Elisabeth Haich – the art of life is knowing how to apply which thing when, and to what degree. And looking at which place things are coming from – a place of fear, or love?

One of the bigger lessons that came out of this was just that. I wrote a status update on Facebook awhile back saying “learning how to be on everyone’s side.” I received mixed responses to say the least. Some people liked it, some thought I was brown-nosing and people-pleasing.

This is a perfect example of the lesson I was learning – where is the energy coming from? What I didn’t elaborate on in the update, was I was speaking of myself in relation to thoughts in my head about a guy.

So he hasn’t called me back in two days. Old female oppression turned collective defense mechanism says “fuck him, he doesn’t deserve you. Be a strong woman and don’t cave. If he’s not chasing you, it’s his loss.”

Okay, nice in the sense of self arena, but is it? Am I so insecure that because a person doesn’t call me back in a time frame I see fit that automatically he’s a douche bag? Why us against them? That’s clearly coming from a place of fear.

So I began exploring the “fight or flight” defense mechanism around relationships (or anything for that matter.) That knee jerk would not be there if I didn’t have a weak spot underneath that needed defending. If I were 100% secure and free to love, why would the mechanism be needed? There would be no trigger.

So here is where I bump up against society’s collective one – so how do you do this without being a total pushover and weak? That is the art. For me, how my defenses developed were into a combination of manipulation and people pleasing. People pleaser is the same as being a bitch just to hurt someone – just the opposite end of the same spectrum.

Manipulating someone into loving you is coming from a selfish place of wanting to “have” them (for you!) Is that love? I think of Stevie Wonder in the song “As” – “Don’t you know that true love asks for nothing…” (it sounds so much better with his beautiful voice attached to it!) So how long to I continue to love? For me…I do it as long as I can. When I can’t do it anymore, it is what it is and there’s my cue.

When to Tap Out

I “tap out” – I can feel it within. Doesn’t mean I need to cut them out of my life or anything, but when I tap out, something needs to shift so I can do what I need to do (sometimes that requires us being in the same place, sometimes I have to do it apart.) Work on my end as much as possible, and feel it out. Or, do it as long as I simply want to.

Some people are harder to escape (family, co-workers, etc) so they become the training people. But there are choices, and balancing learning to love unconditionally (or trying to) with releasing the old pattern of going down with the ship – well, that’s the art.

The actual connection is not lost, just the manner of connecting in physical form. Ride the waves, and develop the intuition to know when to dive in as a learning experience, and when to let go (or at an even higher level, both at the same time! I’m not there yet though:)

Triggered into Fight or Flight

So what do I do from the space of fight or flight? All triggered by a subjective internal clock that says two days is too long for him to not call me back. So I spun – for a minute. Let the emotions out (safely – not in an angry voicemail) then come back to the place of compassion.

First of all, since the world does not revolve around me, if anyone else didn’t call me back, I would assume they were busy, not trying to send me a signal that they think I’m not good enough, hot enough, skinny enough, cool enough (welcome to the world of old purging insecurities!) Back to compassion – for him and myself.

If he was just a friend, I would not be mad. He just happens to be a catalyst for my own crap. Tough job, which deserves nothing but praise. Compassion – switching out from being in “us against them” into everyone being on the same team. We are all in this together, going on with life, doing the best we can.

How loving is it to fight or flight? Especially since it’s really MY issue? So if I can really do it (which only now have I been able to – still working on it, but at a new level) the compassion is coming from love, where the people-pleasing would be from fear (hence, the mixed responses on Facebook!) So the question is, who do I want to be?

Someone who can be a real bitch (and not put up with any man not calling me back?) or someone who is past all that bullshit and simply sees things for what they are, having compassion to where everyone (including myself) is in their own process, and recognizing the difference between a person’s spirit and the crap they are learning from?

This is just a tiny example of where this concept has taken me. I use this seemingly superficial example on purpose – to get away from judging the catalyst. What triggers it could be a person, a thought, a situation. WHAT is being triggered is the important part.

I stopped judging myself for tripping out over a boy when I realized it was not about the boy – it was about my own blockers to give and receive love, something inherent to my reason on Earth. Superficial? Clearly not. And who can take you to the deep levels of vulnerability to strengthen them up better than someone who are afraid to lose?

I am at the place now where I am about at the end of this cycle, and ready to go back to Peru and strengthen up some more in the Medicine. Ready to release any expectations I have on this poor guy, so we can fall into whatever organic type of connection we have.

What is love anyway? To me, it’s simply sharing life on all levels. How that looks is different for everyone. When you try to make it into what you think it should be, it taints it. There are deep desires in there guiding us to what we want, but check where the desires are coming from. Could it be from the desire to make up for a past loss, or heal and old wound? Or truly something we want from a place of strength and light? An important distinction.

And so, I complete this cycle of heart work. I am so grateful to get this vulnerable, and release so much. I had a dream the other night of the foundation of the house I grew up in uprooting itself and shifting to make room for the new one. I love the clarity of the dreamworld.

So to all those who have been going through similar heart work and relationship training, more power to ya. It’s worth it, don’t give up, and don’t get lost in the purge. Shoot for responding as the person you want to become in the truest sense of the word.

We ARE all on the same team, and life is much easier if we do it together. Love to all of you – have a safe and liberating New Years celebration, and enjoy it! Life’s too short to miss out on the little stuff:)