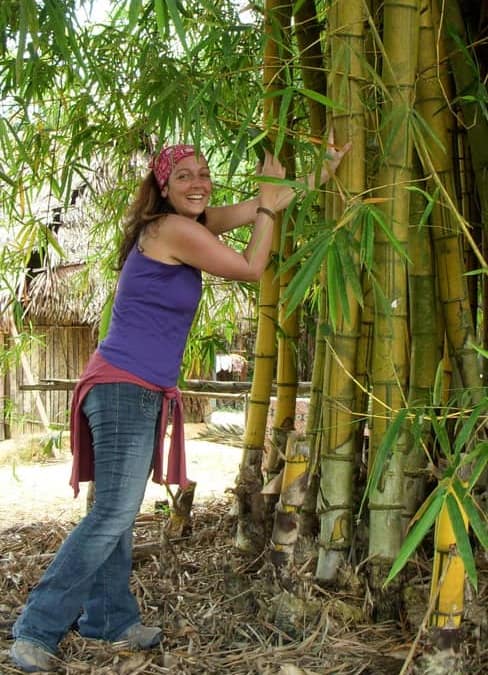 Reading over that story in hindsight (years after I wrote it) made me laugh out loud at parts. It was so insanely intense at the time – maybe the hardest thing I’ve ever done. But now, after four years of Medicine and experience, it blows my mind some of the things I believed (especially thinking that the shamans were above getting swept up in gossip!)

And my emotional purges with the jealousy! My God – and I wasn’t exaggerating either. Seriously, get a grip!

As a quick follow-up, eventually the Western shaman put out an email “warning” people about us (quoting the Elder that Luco was practicing black magic.) The Western shaman and I exchanged a series of sharp correspondence. I was hurt and livid, and couldn’t understand how he could get so swept up in it too.

I also had to come to terms with the fact that he didn’t live in the village, and he was just getting his info from the Elder as if it were gospel truth. I’ll give him the benefit of the doubt that he was doing the right thing as he saw it. But still, my illusion of the all-knowing shamans was definitely burst.

The Elder Admits the Truth (to Me at Least)

Later, in the village when the dust settled, the Elder admitted to me that the things he told the Western shaman never happened. No shit, but what’s done is done.

What I didn’t know at the time was the culture in the village, and the “waves” of town gossip, which every single one of them (shamans alike) are prone to being swept up in (it’s part of the consciousness out there.)

I’ve heard some of the craziest shit out there (people that I don’t even know claiming they emailed with me and that I was bringing my sister out – don’t have a sister.) And they’ve gone to town on the ever-changing nature of Luco and I’s relationship (more on that later!)

Remember, they are also not accustomed to the consequences to have something that someone invented plastered all over the internet, or how that may effect people in the long run (the village is relatively isolated, and only has had internet for about a year.) They just couldn’t fathom the gravity of impact of a lie spat out in a moment of anger.

Lost Friends in the Crossfire

Somewhere along the lines I must have shared too much, as I lost my favorite lawyer friend (from the first group – she quite literally told me we couldn’t be friends anymore.) At least she was respectful enough to communicate with me and not ghost. It was probably the biggest casualty of this whole thing, and I still wonder how she is. I was temporarily drifted from a few others as well, but in time as the truth came out, many people came back to apologize for getting swept up in the wave.

It took me a long time to get over the whole thing. I’m not 100% over it even now, but at least I can see the big picture of it. [Additional interjection from 2018 – I’m totally over it now. I’ve learned a lot since then. Shamans are flawed humans too. More from 2018 me in future posts!]

What I Learned about Shamans

Having so many people against us forced us both to straighten up in various ways. Luco has had his fair share of weak spots, and so have I. It’s with this whole debacle that I not only learned how to stand in integrity in the face of major adversity, but also that all the shamans (Maestro or not) are absolutely, 100% human. They all fuck up here and there.

However, the misconception that many Westerners have that if a shaman isn’t above error, he cannot be trusted to run ceremony is misinformed. While of course, there needs to be a certain light and integrity level at least within the intention of a shaman (I’m sure there are actual dark shamans out there), none of these guys are saints, so to think they are (or any human for that matter) will be a hard and fast lesson, as it was for me. He definitely did not handle the girlfriend situation very well and had a lot of room to grow in that arena.

What I like about Luco is that I’ve seen him grow. I’ve seen him change. It sure doesn’t come the same way it does for me, but again and again he shifts and gets closer to where he wants to be. He still has his shit, but at least he’s willing to admit his mistakes, and recognize that he’s not above being a flawed human.

He won’t let anyone call him a Maestro, even though he is well past the level to be considered on (though the Western shaman would disagree, as he continues to tell people that after nearly 30 years, Luco has still not completed his apprenticeship. See, told you I’m not over it yet!) My ego still gets irritated about this sometimes, but in the end, who gives a shit what he thinks?

Ultimately, I can’t be too mad about the whole thing.  After all, I was introduced to the Medicine and to Luco through the Western and Elder shamans. I learned a lot from them in various ways. I stalled on writing this for almost five years [2018 Meghan here – yeah, this is just now actually being published lol]  in fear of stirring the pot with them, even though I am obviously omitting the names. Plus Luco and the Elder go in and out of being friends the way they always have now – Peruvian village style.

But in the end, they are good shamans, and none of these guys are bad people. We are all subject to getting caught up in human crap, and the politics of the Ayahuasca world and human life in general are unfortunately very real. But as we all continue to try to transcend these human tendencies of indulging in lower energies, and move into the higher levels of our potential, all of us can heal and realize we are here for each other in various roles. I know that on a soul level – I’m just being a little stubborn in my ego.

Why My Trial By Fire

I also was given more info about my initial entry into the Medicine (why it was so intense.) First off, there are many approaches to working with Ayahuasca (as set by whomever is running the ceremony.) Some people run an intense “boot camp” style ceremony, others run a nurturing mother. Luco is somewhere in the middle, emphasizing that the Medicine is your teacher, not the shaman.

So it really comes down to the individual – some people will have intense some nights, and more nurturing others, but he’ll leave it up to the person’s Higher Self and the Medicine.

Not everyone has to purge like I did. Some do, but not all. But I needed to start out intense so not only so I could see if I could “handle the job”, but also that I could later support others who needed to purge that way through having my own experience. Plus, my ego was stubborn as hell and wouldn’t believe actual healing was taking place unless it was a struggle.

The Medicine by nature is gentle (we come with the complicated turbulent energies.) The majority of people do not start out the way I did, and many never need that style of purging. I had also set an intention to purge before I was trained in any shamanic techniques (always said I didn’t want to become a “shaman with issues”.) Though now “becoming a shaman” is not my priority (more like coming as close to True Self and Life Purpose as possible, however that shows up.)

Okay, so there’s some of the  follow-up. Now back to Phase Two of my journals: Deep into Ayahuasca Apprenticeship Between the Amazon and Home