Holier Than Thou Pushes Anger to the Edge 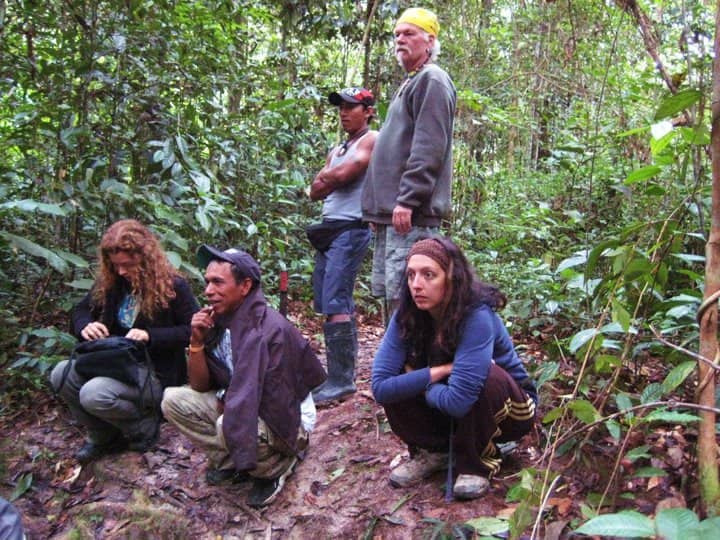 It’s been an emotionally eventful couple of weeks. Since the last post about gossip (which, though I’m happy I wrote it, did have an ego trigger in there) stuff has been churning up from the underground about all kind of things, grabbing the whirlwind with a small hook to it’s nearby gust. I had a lot of anger I was trying to keep at bay.

I was feeling attacked, primarily because it annoyed me that I couldn’t just have a relationship in the form I wanted, without so much commentary from the peanut gallery. But once that part began to recede, I had to eventually look at the weak spot underneath that triggered the ego to care so much…which was the nature of the relationship itself.

The question of navigating an open relationship (while long distance) is easy. When it’s being thrown in my face (not necessarily by the guy, but by the people around me – hence the feeling of attack) it shows where I’m really at with it. Fine, since this was always meant to be a transition phase (into what, we’ll have to wait and see.)

There are many factors that hang in the balance, and personally, I would like my emotional health to be one of the solid ones, which is why I’m approaching things as I am for the time being. When I cut through the bullshit, it’s simple. It’s love. When I stew in the bullshit, it’s anger, confusion, ego, blah blah blah.

Same rules as the rest of the Universe. The question is, am I at a place to realistically be able to to transcend all the bullshit that goes with this (including shit talking, people thinking I’m ignorant, or whatever else taps on insecure spots within)?

If I can get there (I’m obviously in process, because if I was there already I wouldn’t need to blog about it) I theoretically will be released of my own judgments about it, therefore have no weak spot for others to be able to touch. No weak spot = no ego is needed in defense. If I can’t, or don’t want to at some point, then I let it go.

Phase three also brought up some stuffed anger I had towards certain people in particular, many not far from this situation – ones that have not been resolved and may never be. Of course, like any good spiritual student, I’ve been looking at the big picture, looking at myself. I see the gifts and the whys, so I really can’t be mad for all the good that has already and will continue to come out of it, since it’s all from the Divine.

Yet the anger energy itself needed to release…it was just sitting there under the surface, begging me to be human for a second and let it out. A short episode, but I simply gave myself the right to just be mad for a minute. One round in a controlled vent to a safe person (fully aware the words coming out of my mouth were anger purging – NOT actuality) then again on my own yesterday.

Just to hear myself say…’yeah I have the right to be fucking pissed’ (to myself, since it’s my purge) opens the trap door for it to escape. Just long enough to let it release (too long feeds the beast – it’s an art.)

I know it’s all in Order, I know it’s all a gift (and I’m not just “positive thinking” that, it’s really true, I can already see the personal benefits). However, the anger was still sitting in there, like a piece of hard feces yearning for a colonic. It was easy, and now I feel a lot better (thanks also to the good people of Facebook who gave me supportive comments!)

Done completely, probably not. But at least I feel back to myself again, after a couple weeks of feeling ‘off’, and a bit depressed even (what is the saying, depression is just repressed anger?)

“A major time for anger confrontation—debilitated Venus(passion) in planetary War with Mars (anger)-Planetary War occurs when two planets meet so closely they meld their indications in a struggle for differentiation, so you are just microcos…mically reflecting the heavens at the moment.you are Venus(female) in confrontation with Anger(mars) a mirror of the heavens at the moment. Venus is debilitated so anger has one up on all females through this combination-happens once every 300-500 days, but with the fallen Venus, once every several years. Punch through the veil of emotion and align your passion(venus) with vitality(mars), or …Palin could use a beating.”

Lol. Good to know ladies, so if anyone else has been going through a similar experience, this will be a really good time to get the anger (safely) out of our bodies (non-violence! Remember in my status I said I only FELT like I wanted to punch someone in the face…don’t actually do it! lol)

To bring it back, this whole thing reminds me of what it feels like to feel judged. Lord knows if karma exists (in ‘savings account’ style) I’ll be getting judged for the rest of this lifetime at least, for all my early days. Luckily, for me it seems more like ‘current reflection’ karma – Ego seems to like to resonate with its own frequency, so it only flies up where I have a weak spot.

If I have a weak spot to feel judged, I still have a weak spot conducive to me judging. So yet another level of ego purging (or ‘weak-spot’ purging, technically) brings another level of relief, and another win for the ‘not giving a shit about shit not worth giving a shit about’ category. I won’t judge if you don’t (well, we’ll do our best, little humans we are.) I’m done with this for now. Back to working on my book (yes, it’s finally underway!)

Much love and light guys…try not to kill each other in ego-wars. Love yous!