The Impact of Deep-Seated Insecurity and Body Image Constructs 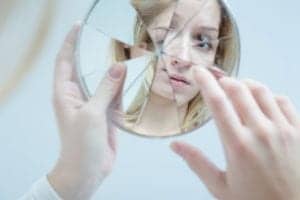 To see from the beginning of this partnering process, click HERE

Since my mega-purge and Zach’s love ceremony, so much has continued to shift over the last couple weeks that it’s hard to keep up with.

Some of the most important pieces that I’ve taken out of the last round of work regard judgement and communication. I’ve come to believe that often the judgement itself (which purges like a prickly, rough energy) is often worse than the actual emotion trapped underneath (and can coat something in a very uncomfortable way on the way out of the body.)

For example, the judgement I had against myself for my romantic feelings for yet another unavailable man (though this time with higher intent to work through and heal that pattern with Zach) really got in my way of being able to see fully, express and communicate those feelings in a healthy manner. It’s been getting better (and might possibly aligning into what will likely become the new natural state), but it was really nice when he got a feed from his higher self as to why those feelings were there (literally in order to work through this stuff and heal – it wouldn’t work otherwise. And since I seem to be going first, then him second, he gets to witness and hold space for my process, preparing him for his on another catalyst.) To think, if I had continued to judge myself in these feelings and withhold them, I may have missed out on a life-changing Divine opportunity. Once this part of the process is complete, they will likely shift.

My own self-judgement is still out-picturing in my world as well, which is another part of the training for me. While the vast majority of people close to me are in awe of what a beautiful opportunity this is, there are a couple who assume this is me manipulating him to get what I want in some sort of arrogant game. While I always leave room for an arrogance blind-spot (and I have several spiritual fail-safes set up with my higher self to smack me if I’m not seeing something- and they do) it makes it both challenging and eye-opening within myself as to holding my own space clearly, while staying open to feedback and always assessing. There comes a point though, when you need to be surrounded by a supportive team during a particular stage of the game, as there is enough confusion and self-doubt through this process already.

A passing comment led to a discovery that my sexual energy has recently been on lockdown (I didn’t really think about it) in order to keep the residual sexual feelings at bay (which in turn, shut down the whole system – essentially blocking me from being open to anyone – also part of a longstanding pattern.) This one was even harder to admit (but I’m either getting desensitized to the uncomfortable conversations or just getting better at walking through them anyway.)

Over the course of a couple days worth of process work and some impromptu energetic ceremonies, I landed at a very thick structure of insecurity, specifically regarding body image. I don’t know many people who make it out of high school without at least a light version of one of these, as our society reinforces this unattainable false concept of beauty to ridiculous degrees. Being a person who has lost 80 lbs five times, I basically gave up on playing that game long ago and just moved over to the fringes where I felt more comfortable. During times I was heavier, I would feel the insecurity more (though nothing like it used to be in high school – more like a dull, occasional headache versus chronic migraine) but it was there, and would also sort of turn off my sexual energy as well (translating to me like I just wasn’t into it – but I was really more disconnected from it.)

Even though I’ve lost most of the weight now, the structure is still there. It’s become more accessible to me since we’ve been digging down underneath all this stuff, layer by layer, until we hit cement. I’d always seen body image as more of a framing issue, but for me, it was a thick-ass, full-blown blinding energetic structure filtering my view (specifically of myself) with a shit-ton of judgement defenses holding it in place. When Zach had landed on a similar structure within himself, it sounded ridiculous to me from the outside (since he’s clearly an attractive person). It sounded just as ridiculous to him when we hit mine, though it took me longer to believe it.

But I couldn’t just believe it. I actually had to set the intention (and mean it) and be willing to see myself clearly, and release the roots of the structure. I had to work through quite a bit of resistance (created by self-doubt and judgement) and a lot of deflecting until I begrudgingly opened the willingness door enough to try, asking for help from my higher self and Medicine to help make the cement become more malleable energetically. Zach processed me down (was great at holding the space and not letting me slide out of the discomfort) and we made some decent headway.

It took a second and third ceremony, until finally I could feel the roots release and felt much more clear-eyed about the whole thing. Shifted. I felt more open to potential when it came to sexual energy, and just looked at myself more clearly than I had before. It’s also much easier to not judge myself and err on the side of believing that maybe, in fact, I am a physically attractive person after all (even with a bit of extra weight.) It just feels different – less triggery and not as big of a deal as I didn’t realize it was before.

I’ve had two dreams about the structure as well. One showed what used to be the cement now basically a spiral of pillows with a hole through it (then Zach and I pulled out the pillows to clear an opening.) Another dream involved a guy from my early 20’s that almost happened a couple of times but never quite did, laying in bed with me and telling me how proud he was of me for finally breaking through. So it’s moving, and it’s teaching me more about the energetics of these things so I can support others in being able to work through theirs.

Opening Up the Space with Accelerated Spiritual Development Team Coaching

Another new thing that has presented (in a full-swoop download) is that it’s time for Zach to start joining me in my  coaching practice as a team (formally now, rather than just when the need arises.) We’ve been placed in the circumstance enough times to see how our team process work with people functions, holding the space of unconditional love, bringing complimentary skill sets to the table. Basically we’re both better at the work when we’re together due to this higher self partnership thing, and it’s time to officially share the space. So stay tuned!

From that, Zach had his own process about feeling a mild block on being able to do some of the things he wanted (continue with learning Japanese and Spanish, get to the gym, etc). He was having trouble accessing where it was in his body, so I prompted him to ask his body to emphasize it energetically. Turned out to be this tiny speck in his lower left stomach. When we started addressing it, turns out it was a part of him that “felt small” (hence, why it was so noticeably tiny.) There was all kinds of fear of being hurt, rejected, embarrassed, failing in general – which in turn could potentially lead to being abandoned and without love (through the eyes of the speck.)

We basically did what we do with the inner children – asked what it wanted (and of course, to be loved, and grow.) So we moved it into the heart chakra room with all the other now loved, growing inner children, talked it into to giving giving it a shot (to alleviate the fear, we always remind them that we can always go back to the way it was before), and loved it up.

We both got random energy boosts of intense white light, unconditional love medicine in full waves to fill in the spaces where these constructs had cracked or shattered (out of nowhere – thanks higher selves!) They also gave us a very nice pep talk about the importance of sharing this process, even when it’s uncomfortable to do so. While it takes courage, it resonates with a lot of people looking for language to conceptualize similar energetics within their own bodies. So keep doing the work and sharing it, opening the space up to others to share in it as well. Gotta work together ya’ll:) Go team!