The Layer Above My Soul: New Relationship, Old Triggers 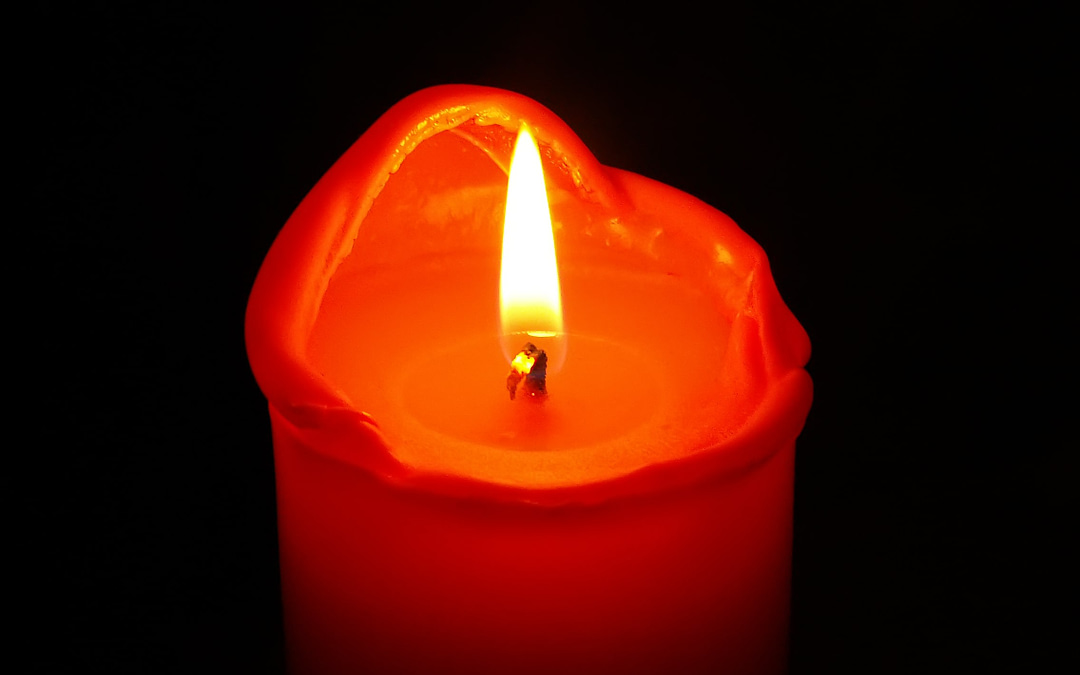 I know it’s been forever since I posted. Sometimes when I’m in the whirlwind, I can’t see straight enough to form actual, coherent words. Until I can see it, I obviously can’t articulate it. But here we are, in the midst of deep relationship triggers.

So as many of you know from Facebook, I have recently gotten into a new relationship. New, yes, but the connection, not so new.

Anyway, I’m in a space I’ve never been in before – I was, as always when I’m in a new space, stumbling around trying to find my way around.

I believe (and I leave a lot of room to be wrong on this, based on history) that I may be at the core core purge – the layer directly above my soul. I’ve always felt this layer there, as it was a foundation layer that grew lots of weeds and belief systems on top of it.

The fear of love (specifically in romantic form.) And the fear that I wasn’t good enough/didn’t deserve to have it – hardened into a fully functioning foundational belief system underneath everything (except for my True Spirit.)

This layer was the first line of defense my ego created when I was very young, likely when my parents got divorced when I was six (no blame, I’d rather do it this way anyway so I can actually appreciate it!)

I really didn’t have any strong, “healthy relationship” role models around during my childhood at all, so I instead created my own version, mostly based on TV.

Personified Aspects of the Defense

Early on I developed the “fantasy” defense, the “white picket fence, over the top romantic, save-me-from-myself” kind of deal. She personified as a combination of domesticated June Cleaver/Suzy Housewife and “cool girlfriend” (trying to be “low maintenance” and sacrificing my boundaries and self-respect by being “cool” about cheating, etc.)

But my true self knew that was bullshit, so I unconsciously developed defenders against the defense mechanisms (like the “Fuck-It Wild Child”, who loves nothing more than to get all liquored up and party and do whatever the hell she wants.)

It makes sense this could be at core – because romantic love is, at least for me, the most vulnerable place I can go. It’s the space where if I were to let it, my heart would be the most open, and I would be able to connect the MOST with the Divine.

So if the job of the ego is to allow us to perceive we are “separate” so we can go through the process of “reconnecting” to learn, grow and actually recognize and appreciate it, meanwhile defending our weaker fear spots, well, a complete let-go into the Divine through another person would naturally bring up fear.

I mean jeez, it took me this long to even be prepared to get to this space, and a huge six month prep purge before it, and many prep purges before that. It’s a monster. It’s everything.

One of the way this core belief systems manifested was through my choices regarding relationships (my “pattern” so to speak.) As my friend Shaela says, if you’re the common denominator in a pattern, it’s less likely that everyone else needs to be the one to make the adjustment.)

The pattern was on a very subconscious level, that I would only be drawn to guys who had an inherent block to that pure love that I feared. I would fall hopelessly in love with drug addicts, alcoholics, people with girlfriends or who lived in another state.

Now, they were all wonderful people (I wouldn’t have stuck around if they were total douchebags) and of course, I would look into their pure spirit and be falling in love with them at potential.

But where someone may or may not be able to get to in this lifetime, and where they actually are at present, are generally two different places (for all humans, myself included.) Falling in love with “potential” became a new defense mechanism to keep me away from what I both craved and feared, pure Divine love.

Some Patterns are Still Soul Contracts

I learned from each of them. The last two were very clear, important soul contracts for both of us, and were completely and totally in line with what was meant to be. But part of that process included me learning new levels of communication within myself and my partner, and new levels of letting go as well.

The “nice guys” (too nice in my opinion back then) I was distinctly unattracted to, even repelled by. I wouldn’t give a guy who didn’t have an automatic logistical block in the way even a tiny chance in hell. Self-sabotage, and also a way of protecting myself from finding out the “truth” (that I really wasn’t good enough.)

As long as I could blame it on the addictions, or the relationship, or the distance, it kept me safe from feeling the pain in knowing that I didn’t make the cut.

So I stayed back. Away from that dreaded “truth”. Having a fantasy that always seemed “around the corner”, and I ended up continuously walking around another corner since I never allowed myself to actually GET there.

So here we are, a month after the huge high school purge (which is where I developed most of these later belief systems, when I started really liking boys) and I crumbled many of them. Now we’re left with the Core, and a couple of defensive players.

Nothing in the Way

No blocks. Nothing to keep me “safe” from the scary place of Divine Love. This man loves me with everything he’s got, and it scares the living daylights out of me. He is amazing, one of the few people who could probably handle the apeshitness of my core purge defenders flying around all over the place (there’s been a serious battle between June Cleaver and Wild Child).

My old tendency was to try to change myself to “fit” what I thought the guy wanted, basically diluting my colors and dumbing myself down a bit, or showing up as one of the defender personas. But being with him, I feel inspired and actually pushed the other way, more towards my true self even than when I am alone.

For the first time I don’t “need” someone. I’m not filling in holes and gaps that would keep me dependent on him, nor is he for me. We have both done years of work on ourselves and our egos, and are willing to communicate our process to the best of our ability.

We are two whole, grown people, really becoming “adults” in our own ways, and I’m starting to see how the whole is greater than the sum of its parts.

We inspire each other to keep growing, and are stimulated and learn from each other without even trying. This is what I have wanted since I was a little girl, and it’s not “around the corner” anymore. I have worked my ass off to get here, and you’d think it would be a no-brainer to just accept this obvious gift.

But between my two defenders and fear-based belief system, even knowing full well that it’s there, it still fucks with my thoughts. Creates unconscious circumstances where I have “tested” him over and over (I didn’t realize I was doing it until after.)

He’s been amazing through it too – drawing lines where he needs to but recognizing and being compassionate to my process, all while being in his own version of the vulnerability.

But there’s an art to purging, and managing purges responsibly, and knowing when the purge tips the scales and turns into “feeding” the purge (also showing up as victimy stuff, like wallowing.)

Fear thoughts of “what if this isn’t meant to be?” or “what if I’m just using him for my process?”, etc etc. I even had a major heart block – where I literally could not feel anything over my heart – like a metal wall that I just had to be willing to remove.

All throughout my spiritual journey I have had to take huge leaps of faith, even blind sometimes, when all I had to go by was an intuition. One of my mantras is “when you are in a blind spot and can’t see clear, use logic.”

Of course my version of logic may be different than the science community, but it means thinking about this objectively, knowing what I know has historically been true for me spiritually.

Why would the Universe put two amazing, hard-working people together in this circumstance with unlimited potential if it wasn’t meant to be? And even if it’s not, in the end, sometimes my spiritual training includes just making a choice, and not depending on the Divine to guide me and spoonfeed me ever step of the way.

It’s a co-creative process, and I have half the say in the matter. So looking at the flow, which is clearly flowing where is it, all I need to do it say yes, and manage my little defenders until this core system crumbles.

I’m getting to know them better too. June Cleaver is the one who wants to get a house together after dating for a month, and starts daydreaming about babies and minivans (well, maybe a hybrid SUV).

Wild Child seriously craves liquor, and creates a storm of drama wherever she goes (so I’ve obviously decided she’s not getting her kryptonite until she’s not calling the shots anymore.)

But then there’s just me. Just me is much more clear now, especially after some of these episodes. Just me, just him, and just Divine connection. I haven’t opened up all the way, but I feel like I’ve got my defenders in check. Belief systems not totally crumbled, but it’s “softening” as I move along with my process. It’s simple really, once you get the ego crap out of the way.

Like they say in Big Fish: the greatest gift is to love and be loved. Divine exchange. And just like any other purge, the other side of this will be absolutely breathtaking. Always worth the work, always. This time, I have to learn how to share, and not to it all by myself.

So now I’m glad I never saw what a “healthy relationship” looked like. Because no one has ever been US before. We will do it our way, without a “template”. A relationship in integrity for us. And I will get there, even if I still have a couple of defender battles, I’m going to get there. Because that’s my choice, and I will accept nothing less. Grown-up Meghan has entered the building:)