Let There Be Greg 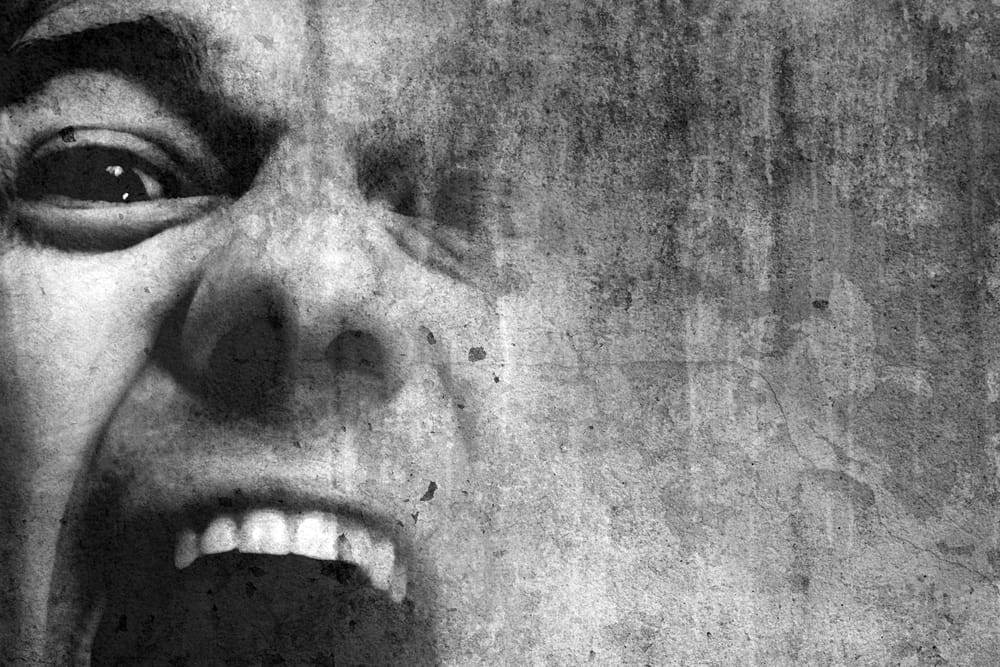 Let’s take a walk down Purge Lane and look back at several things that have happened since beginning this work. Keep in mind, I’m going based of memory and lack of notes, due to not realizing I was about to jump into this work and needing to keep a journal of some sort.

Now let’s go back to April 15-16th, 2018. You may or may not have seen all the news about this, but I was involved in a hate crime. My best friend and I were fairly inebriated and walking to his Uber to send him home while I was thinking about potentially calling my own once he was safely on his way home or stay out with people I wanted to spend some more time with. He and I were holding hands while walking half a block from the bar we were at.

Three men targeted me and him, knocking him out and beating the hell out of me. Screams of us being “faggots” rang in my ears in between the kicks to my face and rib cage. The deafening cracking of my nose, the warm blood rushing over my face, the copper taste my mouth filled with as the jagged shards of my now broken teeth sliced the inside of my mouth, my ribs screaming out in pain while I prayed they didn’t break, it was one of the very few times in my life I truly thought I was going to die.

I REFUSED TO GO DOWN

A friend I had seen from across the street begged for them to stop. I can still hear their screams ringing through my head. As three women came running across the street to also intervene and the asshole that called us fairies in her snapchat video, which news sources conveniently cropped out her face and the slur, had taken flight, the three men decided to do the same.

I willed myself up. I had to do this. I spit out my teeth and ran after them. As I caught up, one of them managed to throw me against the wall of a building and took their last punch and kick. Once again, I ran. I had to catch them. I saw people on the street letting them get away but I had to get them…Until they turned down a dimly lit street. There was something that made me stop.

As I walked back to where an odd amount of people were still congregated, I saw my best friend on the ground. Unresponsive to those around him. I thought he was dead. I ran over to him and grabbed him from a bystander that was tending to him.

He opened his eyes and an eternities worth of relief rushed over me. After he said he was ok, I cried about my teeth being broken. In the grand scheme, silly, but he wasn’t dead and so now my teeth took priority, lest we focus on this massive thing that just happened to us in that moment.

SIDE NOTE: I did not realize the third man had been behind us while his accomplices were in front of us. I had thought it had just been me and my friend was safe. He didn’t need to experience this, it just needed to be me and everything could be worked out.

So, ambulances were called and we were taken to separate hospitals because I knew my insurance only covers one in the DC area (thanks Kaiser and US healthcare system). I had enough wherewithal to demand that much.

A wave of emotions his while I was in the ambulance. The tears would not stop. It is a moment where I tried to call anyone that I looked to as comfort. Though I didn’t want to worry my mother, I called her in the end and she was an amazing support while I was alone at the hospital.

Thankfully, my friend was released from his hospital earlier than me and managed to come be with me.

Though it was a horrible experience, my family, friends, and community rallied around us. Shout out to Dr. Christopher Banks for giving me a new smile (click HERE for article). We were not alone.

BUT IT KEPT SHOWING UP

As time went on, I got into another physical altercation with five guys ganging up on me and another by two guys who I (drunkenly) went up to to quell their fighting. In the meantime, I lost my financial security blanket from a job that was slowly killing me.

Meghan and I had been friends throughout this whole time period. We slowly but steadily got closer as time passed. In November 2018,  Meghan offered me to try an energetic ceremony (not involving Ayahuasca – and never has involved it so far for clarification), something in me told me to do it. I had just lost my financial security blanket and was somehow attracting physical assaults after the hate crime, so why not?

I remember walking into it and having a fear that  the ceremony and work would be bullshit. That it was just more talking about things I already knew. “Don’t get into fights,” “Everything will work out,” blah blah.

So, when we had officially sat down to start the process, Meghan asked, “Do you have any fears about this?”

I said, “That this will all be bullshit.”

“Well, do you want to find out for yourself?”

In my previous blog, I go into detail about what I experienced . The intentions set were to start aligning myself with my finances and to start identifying what  may be unconsciously attracting these altercations.

The energetic ceremony, where I physically saw and heard things, was to create an initial forcefield around myself, essentially. So, I wouldn’t continue to attract anymore of them.

The second processing meeting we had focused on my career choices and finances. We set intentions to go into the flow with my finances in particular, stating that I would be willing to move out of DC if need be.

Low and behold, six days later, the landlord wants to break our lease and I find a place in Virginia (30min after the call) that saves me $1,000 a month. First real flow I saw on myself and it was amazing.

After moving to Virginia in January, Meghan and I went out a couple of times – to straight bars. Naturally, I’m going to be on higher alert. Who’s going to start some shit with the gay guy?

The first time we went out, I complemented this older man’s leather jacket (because it was Mid-Atlantic Leather weekend in DC and I thought his jacket was cool), which somehow pissed him off.

He didn’t appreciate that “gay ass shit”. I had already sat back down with Meghan and friend by the time he came over to let us know. Before I could say anything, they both calmed him down and sent him on his way.

The second time we went out, we had met a few nice new people. I was talking to a dude about five feet away from Meghan when a woman came up to me and asked me to pull on a string. I believe it was to turn on the fan? So, when I did (without much effort) the string snapped in half. I said that I was sorry and she walked away…only to bring back her very tall male friend.

After asking her to walk away nicely…until it became not so nice (Look, I can’t do anything about it. You don’t know me. Get the fuck out of my face like I’ve already asked you!”)…did her male friend wind up for the punch.

I blocked him and hit back, which is when a million people came over and pulled him off of me and onto the floor. We quickly left after that, but I had gone into full, white-hot, rage mode. This was the first time Meghan got to see it.

The next day, Meghan and I FaceTimed and we talked about it. She said that, though she didn’t want to, she would need to set a boundary about hanging out in public until we look at and deal with whatever the energy was. For me, that basically meant losing her, so my ass switched into gear.

She asked to bring up the emotions in my body (how I felt each of the experiences) and asked where I was feeling it. I identified it near the lower right side of my stomach. To characterize this energy in a way I could more easily identify for the future, I named him “Greg” – and he wasn’t about to let me or anyone else I cared about get hurt ever again.

Though he wasn’t born out of the hate crime alone, it was a lot of rage and being stepped on throughout my life. Things that have been unfair and cruel. I mean, I was a gay kid growing up in the South, but the tipping point was the hate crime.

“No one is ever going to fuck with me again. If they do, they’ll regret it,” so deemed Greg.

After recognizing Greg, we talked to him. His role is the protector – of myself and those around me. After all the shit that’s happened, he’s on super high alert. If anything smelled of danger, it was going to be dealt with lest we get hurt again.

From that, we/I used some logic with him, “If you don’t want me to get hurt, then why are we in situations that are, in the end, hurting me.”

So, we assigned a new role, “Be my power when I need you.” The boundaries set in place are for him to alert me and I get to decide if it’s time for him to come out.

Ever since then, no problems in that realm.

At the end of the day, Greg is me but just an aspect of me that likely everyone has. Naming it made it more malleable and easy to understand.

There was so much pain behind the rage. Once we were able to identify where it came from, it released so much and has also lead us to hitting even deeper walls, structures, beliefs, and so on, but that is for another time.

Greg be with you,