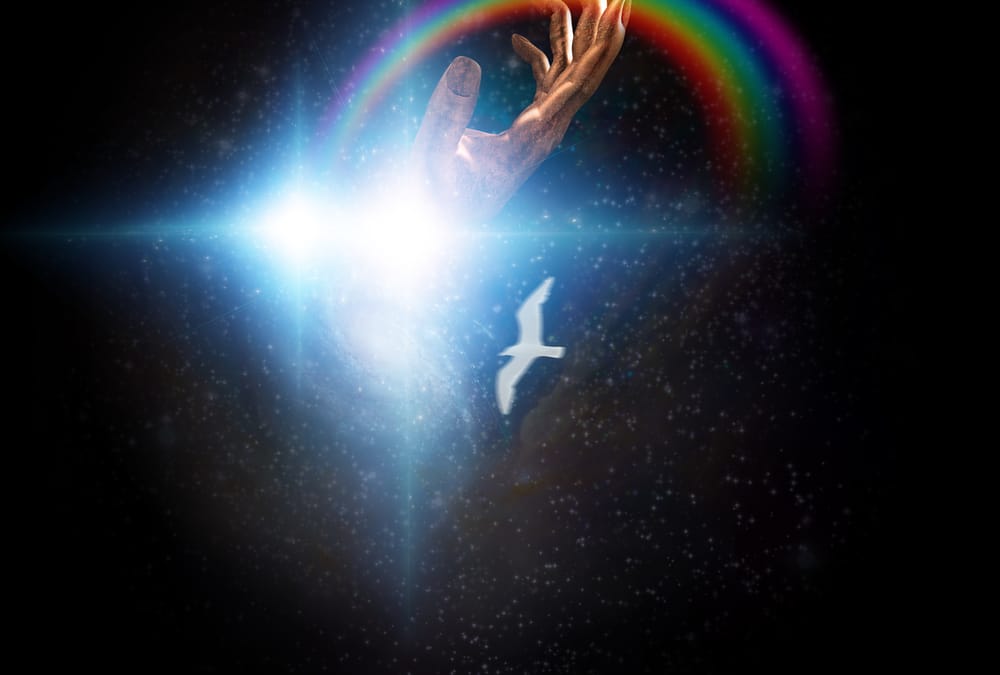 To see from the beginning of this partnering process, click HERE

As usual, the process unfolds in the beautiful energetic flow that only can be as brilliant as beyond our senses.

The other night (since the recognition of hidden sexual feelings that came out), Zach and I were hanging with our friend Noelle (who does this work also.) Somehow we landed on some deep shit (per usual for us). It was later in the evening and I was fading by the time they hit it, so Zach ended up taking the reigns on the processing and the energetic ceremonial portion that was called for while I was half asleep. It was really cool to hear him talk about the way it worked spiritually for him (very similar to me – you get ‘led’ and just kind of know what to do).

At some point I got a second wind and was witnessing the aftermath of what was clearly a beautiful, impactful process. There was unconditional love flowing in the space, and Zach was in full blown higher self mode, with all the love and affection that comes with that.

Someone Else Felt My Struggle

Noelle made a passing comment to me after (while he was in the bathroom) about how she could see why this would be so hard for me (having feelings yet understanding the larger picture). For some reason that comment landed, finally having someone else (particularly a woman who knows him in this space) validate the courage it takes to walk through some of these emotions.

I didn’t really let myself feel it until the next morning, when it finally came out (to Noelle) about what this really takes emotionally to handle, and how there are times when it’s very annoying that I’m the one in the still slightly embarrassing position of being the one in the bi body and have to deal with fighting my insecurity (who, even though I know better, still is inclined to have her moments in feeling like this is a “rejection” or I’m just not good enough).

But in the same breath, that’s what’s at the core belief of the historic pattern that we’re working through (and I know that too). Making sure to allow the emotions to be felt while understanding the bigger picture at the same time is imperative to the process, and very easy to skip, rationalize or avoid.

Still Chipping Away at Structures of Insecurity, Body Image, and Feminine Value

The next day, I ended up having a full-blown Medicine ceremony-style purge (shy of actually vomiting) where a major chunk of the belief system that had to do with my own insecurity, body image constructs, and general anger at the historic “value of women” in society (when we used to be gauged by how many cows we could be sold off as a dowry equating to our value). Allowing that construct to loosen, intentionally releasing the roots and fears/doubts that were holding on to it created huge energetic movement.

The Judgement Makes it Worse

I also got even more clarity about the judgement piece, and how that prickly energy not only creates a rough experience coming out of the body, it actually binds certain beliefs in place which makes them harder to move. I had to do several iterations of encoating the judgement in love to allow it to move out more gently, without sticking and scratching everything it was connected to.

The feminine aspect piece also let to the deeper question as to why I would want to be in a romantic relationship with a person who by nature, is not attracted to my femininity. And why I would believe there wouldn’t be anyone who would (my own core beliefs of inherently “not loveable”). I found an inner child in it, let her talk, loved her up and moved her to the heartspace, and realigned my body and beliefs to my natural state of recognizing my own value as a women and celebrating that.

This purge was a big production (I was alone on my deck while it was happening) and after it finished, I got a huge download from Zach’s higher self (which usually gives me quick messages – this one was like 20 minutes).

Basically he was telling me that as much as I’m trying to “change” my feelings for him into platonic, they’re not going to change per se. Nor are they supposed to. But what will happen is that they’ll align more clearly into the bigger picture, and once my old pattern process is over (and therefore there are less triggers and insecurity) it will be clear and satisfying to both of us.

He was saying how long we’ve been doing this work together (“since the beginning”) and there have been many, many lifetimes where we’ve been able to have a romantic partnership experience (both as a hetero pair, as well as the vision I saw of us as two men). Point is – been there, done that, got the proverbial t-shirt. What you “give up” in terms of gaining that experience in this iteration is small potatoes compared to the space we’re creating and the collective benefits for many, ourselves included.

This is literally the only way this space can be pulled off this go-round, and it’s extremely important that it goes through. The combination of what we each bring to the table, plus the dynamic, spiritual partnership history and unconditional love between us (plus the Medicine, my training from Inner Visions, etc) is just a very rare blend. And frankly, since he’s “newer” (Earth-wise) on the path and has a lot of unhealed wounds and defenses around relationships, if I’d been a guy this would’ve gone on a crazy high then crashed and burned (which Zach has said himself many times). The space simply wouldn’t have held.

The beauty is, as we both grow into this best friendship/spiritual partnership/practice relationship thing that we don’t have good language for, if we continue the process and let it evolve naturally, we’ll have the opportunity (if we so choose) to basically have “both of our cups be full”.

This type of relationship doesn’t happen much “on your Earth” so you’ll have to navigate the space a bit, but it’s very natural and fluid…

So says Zach’s higher self.

(*Real quick – I know this is a lot to swallow. It was for me too when I was getting it. If it wasn’t coming through so fucking clearly it would be a lot easier to write off. I figured I’d check with Zach’s intution afterward. I’m used to getting little messages that are clear, but not this 20 minute ‘above my paygrade’ type of thing…)

Back to the feed. So basically, what we gain from the connection will allow us to be free to choose whatever we want individually in relationships, partners, even marriages if we wanted. We’ll know matching partners because not only will they be okay with this connection, they will recognize it for what it really is and celebrate it. It’s just a different type of connection that won’t be easily understood, but it’s for a greater purpose and a fucking gift, so don’t be afraid of it and definitely don’t waste it. It’s not just about us.

So basically keep going, stop judging myself (not to mention my purges are also to provoke “shit” out of him too, which has basically happened every time) and keep hold of the commitment to sharing the work with each other and whoever else wants to read the blog. It’s a rare gem, and don’t give up when it gets hard.

He gave me fair warning that some of this would hit on fears and defenses systems of Zach’s (which we have barely started to prime when it comes to actual relationships) but also gave me a few messages to pass along to help him through that end of the process.

So that was big. And validating. And just nice to hear.

Am I Just Making it Up?

I also wanted to see if it actually resonated with him, lest this be some weird creation of my inner teenager trying to maneuver whatever conveluted “relationship” she could get out of this (I’ve been watching her like a hawk – plus the plight of the intutive person is learning how to check which info coming through is higher self, intuition, ego, or some combination of both. That’s why in the end, I always leave room to be wrong and check on the other person’s intuition).

When I told Zach about it he could feel the very clear higher self space (without all my normal pre-caveats and warnings that I was about to talk about something that sounds crazy woo-woo). Just stated the information that I got clearly to see what it did for him. And – as scary as it was for him too – it resonated. Those extra messages definitely helped! We’re both also under the impression this will evolve in a natural way that makes more sense later and it less weird as it sounds to us now. We’re at a baby vantage point here and we know it.

So there’s nothing to do differenly here – it’s just a zoom-out to give us a piece of the bigger picture of the space (and so I’ll stop trying to force, change and manipulate my feelings into anything other than what they are).

We can literally just let things be what they are, even if we don’t understand it fully. Getting okay with the unknown is essential for spiritual development (unless you’ve somehow unlocked all the secrets of the Universe – if so please be a guest blogger!) We just keep going, keep communicating as authentically as possible within ourselves and each other, keep learning and keep growing. And we’ll see what happens…

What are we getting ourselves into ya’ll? Lol pray for us!!! Haha – just kidding. No matter where this whirlwind takes us, it’s totally worth the adventure alone (not to mention the insane amount of growth that just keeps happening…)

← Sexual Energy Lockdown and Body Image Constructs Grandmother Spirit: Love from the Other Side →