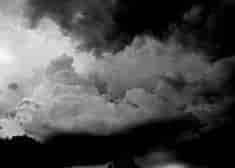 I felt so connected to my true self after working in Ayahuasca ceremony. Like nothing could touch me – I’d seen myself and my truth and everything else would just – align. I didn’t expect a post-Ayahuasca crash.

What I was not prepared for was my grand entrance back into society. I was fine for awhile…it was a gradual demise. Over the course of six months, I’ve managed to fall back on the majority of my old addictions, and have let my vibration level slip to a new low – borderline depression.

So what to make of it? Does it mean the Ayahuasca was just a temporary high with no lasting benefits? Or did I take for granted the fact that the lifestyle in the DC Metro area is a bit different than that of the Amazon Jungle, and it may be harder than I anticipated to carry the energies back into daily life.

Truth? I think it’s a combination of both. I know what the Aya did to me. I know that it showed me who I’m capable of being at this point in my life. But I also know now that I am not above succumbing to the society pressures of my hometown. Somehow I thought I’d be able to transcend it, and that it would somehow be a non-issue. I was terribly mistaken.

It Really Does Require Work

As far as the people from my group, some are in the same boat as I am, others have had an easier time. I have gone through periods of feeling sorry for myself, wishing it could just be miraculously ‘fixed’ like I thought the Ayahuasca was doing, and let me focus on ‘more important things’ without the work.

But, as I have known all along and didn’t want to admit once again, the work is part of the process.

Without the work, I’ll never learn the skills I need in order to get through even more intense times in the future. The good news? The more I can sustain and make it through, the more joy and adventure and FUN comes with it. I firmly believe that. You may not. I do.

So though Ayahuasca may not be the ‘magic pill’ I thought it was (damn, I really am an American aren’t I?) it has given me a gift that I never would have believed…it has shown me who I truly am and who I can truly be if I am willing to do the work.

At times, I’m just not willing. But those times don’t last too long, as the Universe will kick my ass until I get back on track. So I’m all good.

I am still going back to Peru for two months in January (three sessions…3x as much Ayahuasca!) and we’ll see what happens this time around. I have a feeling each trip will bestow new information onto me. Trust the process, as they always say. The lows always show me something positive eventually.