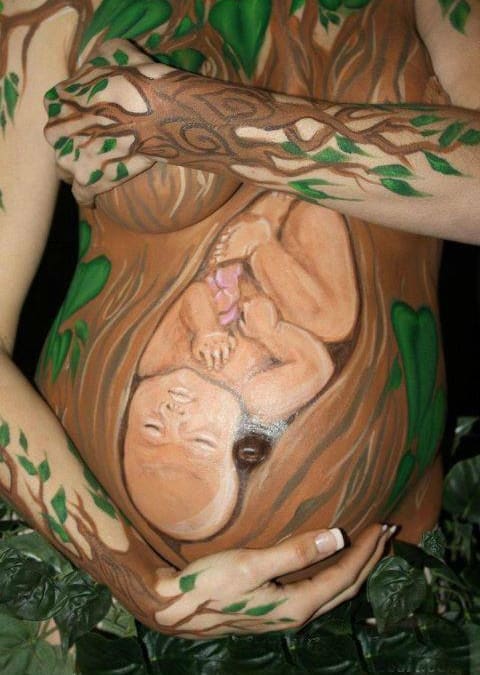 Pregnancy has really been a ride. But it all makes sense. The hormones, my fears, everything. It’s a crazy process – but quite logical at the same time. The hormones take away my ability to fake it, stuff it, or pretend it’s not there.

Some things may be exaggerated, but in reality everything that has been bubbling up, out and over, all were there to begin with. My “fear themes”. Fear of being controlled, and ultimately not having freedom. Fear of monotony. Fear and a boring, stagnant, trapped existence. It’s forcing me to feel those feelings, and into a deep fear release.

I want to live life to the fullest. So wouldn’t that involve letting go into love? Trusting not the other person, but myself to be able to make choices along the way? Recognizing that there is always a choice. Always.

While it doesn’t feel like a choice to not have a Jack and coke right now, it is absolutely a choice. I could make a drink and shoot it down, there is nothing physical stopping me from putting it in my mouth.

Each new day in a relationships is a choice. A choice to live this day in communion, and see what comes next. The dynamic of that communion will flow, shift, and evolve as does the rest of life, quite organically. But could I walk away from it? Sure. Could I walk away from a child? People do it all the time. Do I choose to? No.

And not out of “obligation” (that feeds my Ego’s Victim Mentality.) Not because I’m a martyr or slave to a moral high ground. Because if I go back to my life’s intention (to experience life authentically, and from that place of authenticity, create an offering from love to share with others) that involves letting go into love (in relation to both my partner, and child).

The hormones showed me. They stripped me of my normal defenses – which are strong enough to keep even myself out of what they’re protecting – my fears, and therefore my weak/vulnerable spots. But without the defense walls – all that’s left was the mushy, soft, dark, vulnerable panic. Overwhelm. Despair. Depression.

And under that – just a thought. An idea. A simple worry. Not necessarily rooted in reality. I’ve long passed thinking because something happens to other people that it’s going to happen to me – I’m way more headstrong than that. I don’t like fitting into average statistics. I’m out to prove society wrong (which still is an ego mechanism, and a double-edged sword.)

But all that is under there in the fear vault is one, one potential reality, that I can choose to create or not to create, and it sits there like a well of toxic volcanic activity, bursting steam release valves as it churns under the foundation. Pregnancy helped it erupt.

Luckily, one ‘pro’ to being 31 and having done all of this back emotional work – I managed to reign in the eruption so it didn’t char everyone in its path. I won’t say I’ve been a ball of Mary Sunshine, but ultimately, I did the best I could and am okay with that. Part of what I’m getting stripped of are levels of Ego, and that involves self-judgment.

Fear of Losing Myself

Now, without the lava flow and steam valve releases – all I’m looking at is an empty pit of what used to be a thought, an idea. A fear. Just a simple fear that somehow, I would lose control of my life and no longer have a say in the matter. Which, for me, knowing who I am, is absolutely ridiculous.

When have I ever been afraid to ask for what I need, or stand up for what I believe? Why now, when I’m becoming a role model for a child, would I somehow “cave”? I wouldn’t. It’s not who I am. I have flexed my muscles and shown my teeth enough, defensively, because at the time, that volcano that once was just a thought needed protecting – because I was avoiding eruption. But now here we are.

I have been given an amazing gift from God. And who doesn’t like surprises? All the pieces are in place. I was going to call it glue, but that’s too permanent. The adhesive that keeps it all together is remembering the big picture. Staying connected in my heart and out of fear (which hangs out in a head-trip.)

Remembering that women everyone, of every nation, age, time period, and marital and financial status – have been experiencing this rite of passage since the dawn of time – and I’m sure all of their fears came up and out the same way. I’m lucky enough to be able to recognize what’s going on (which may be a blessing and a curse) but it is perfect.

It has humbled me to a new level, and brought me to a new threshold of letting go into flow. I almost used the word “forced”, which would have been a true depiction of how it felt, but that’s only because I was putting up so much resistance.

I saw a vision of the spirit of the child last night, and felt, for the first time, the energy. I’m not sure how accurate the read was, but either way, it shifted a lot of things inside of me. It gave me a glimpse of how it all “works.”

Just like I’m beginning to look at my old lifestyle with new eyes (it was fun, mind you, but I wasn’t really moving as swiftly in the direction as I would have liked. I could have chosen to life that lifestyle forever – but even it was beginning to feel stagnant.)

When I saw and felt the amazing, smiling, bundle of Light that culminated into a picture of a beautiful baby (I think it was a girl, not sure). I saw the world shift around me. Around the baby, really.

All of a sudden the focal point shifted from me to her (which is what everyone says happens) but it wasn’t a feeling of obligation, or duty. It was that she was just so amazing and magnetic – she became the driving force of motivation. Because I just wanted to.

And the dreams I came with before her will not be left in the dust – she is already becoming my muse; my inspiration. I want to become a better writer now more than ever, so I can model a life of what following your dreams looks like.

And I can write with even more depth and substance that this child will stimulate inside of me. This is not the end of an era by any stretch of the imagination – it is just the beginning.

I have no fantasies that the all night feedings and endless poopie diapers are going to smell like rose petals – but it will be worth it. Life is messy, and I’m already in the thick of my own mess, cleaning it up in preparation for this amazing piece of God who will one day be sitting on my lap.

Her presence will liberate me, if I allow her to. And the process is already well underway. I have survived Phase One (first trimester) and already experienced so much healing already. Can’t imagine what’s coming next!