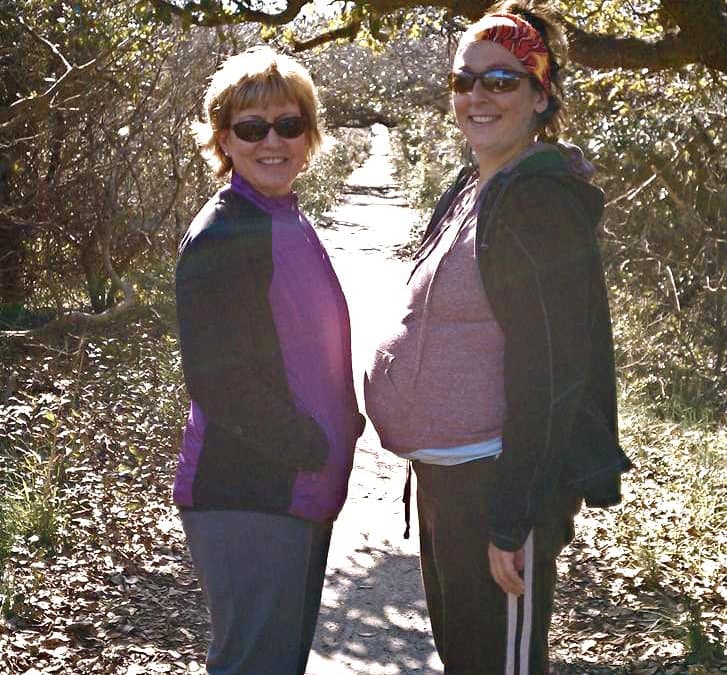 It’s kind of sad that I almost don’t want to post this – not wanting to be insensitive to the countless amount of people who, for whatever reason, did not or currently do not have the opportunity to experience what a mother’s love can feel like.

But if I am to keep to the integrity of this blog, discussing the ups and downs of my life journey publicly, well, this is one of the shining highlights, which deserves at least a small virtual space on the internet. I want to talk about mothers and daughters.

For all the moms out there who are parents of teenagers who want nothing to do with you – consider this story a glimmer of hope. I was that teenager, and now I speak as a 31-year-old proud daughter of Beth Shannon McNally.

Adolescence is the Enemy

Most of this, of course, I made up in my head somewhere along the way. While my dad and her had two vastly different parenting styles (half the week each was enforced, as goes it in the world of civil, but divorced parents.)

They tried to make it uniform, but if they both truly believe in two different things, it’s really hard to make someone change their values, which of course, manifest in parenting styles.

All in all they did everything right – “clean” divorce, never talked shit about each other, near equal time with the kids. And to all the naysayers out there that say “See? That’s why you shouldn’t divorce,” I call bullshit, at least for my family and our situation.

My brother and I turned out pretty well if I do say so myself, and I would have chosen to have two happy, separate parents working together any day over two miserable parents trying to protect the sanctity of marriage.

And to say, “Well, they shouldn’t have gotten married in the first place if they weren’t in it for life,” um, clearly I wouldn’t have a voice to write this blog with if I weren’t in existence. I was meant for those two particular parents, and they were meant for me – this, for myself, I am clear on.

I decided I was ready to be independent quite a few years early than the law allowed. Some of this is the culture (in Peru, you are running a household by the age of 16, though I don’t think our 16-year-olds could pull it off here in the US with society’s upbringing.)

But in our deep, raw, animal instinct, I don’t think there is some mechanism that says 18 is the magic number where we want to begin to explore the world with a certain amount of autonomy.

Regardless, 18 is the number. Parents are supposed to keep us alive, off drugs, out of jail and presumably not knocked up at least until then (hey, I made it to 30!) Those are the basics.

Next level up – good grades so we can get into a good college and automatically get a good job in our related field. We thrive in the world and live out our dreams, becoming whoever we want to be, just like they taught us, right? We marry, have kids, and repeat the cycle.

Sure. Somewhere along the line, there was a glitch in the system. First off, college degrees didn’t hold as much water as they once did. Nowadays, it seems the baseline for almost any job (except in creative entrepreneurism, which I believe will be the way out for many). And even if an adult child starts to move towards a dream, it’s often shot down by the “realism” of their parents.

Wait a minute – not only do I need to forge my way through this crappy economy and a whole lot of naysayers, now, the very people who encouraged me to grow up and follow my dreams are now telling me what? That they’re impossible and I’m a fool to try? That I now have to be a “responsible adult” and do what they did, slave to the nine to five and dreaming about retirement?

This is some bullshit. You should have told me that shit since the beginning. “Actually, you won’t be able to live out any kind of dream, so don’t even try.” At least you would have been true to your word and what you believe. Just limit me from the start.

After years of being a “responsible wild child” (I was the one who picked everyone up at the drunk tank at 7am, made sure we didn’t drive around with too many drugs in the car, and planned my secret adventures to out of state concerts to almost (and I say almost for a reason) precision.

I never made it to jail, did almost fail out of school but got back on track, and eventually started looking inward and changed everything. But I blamed it all on her, my poor mother. I was mean, I was spiteful. I put her through the kind of hell I wouldn’t wish upon anyone (I kinda wonder how karma works as I look down at my growing belly lol).

Why Did We Choose Each Other?

But she handled it. And she never judged me. She somehow powered through it (I should get her to write a blog as to her perspective to the experience.) She never stopped loving me, and cutting me off as a daughter was never a thought. Why do we get each other as parent/child?

Many believe on a soul level, that we choose each other. Many would disagree with that as well, especially for those who had been beaten and abused and nearly destroyed by their parents.

But even some of them, the actual victims to what we would call horrendous parenting – many of them that I know personally still say they became who they are by having to overcome their upbringing, and once they healed it within themselves, wouldn’t have had it any other way.

I cannot speak to that myself, since clearly, that was not my experience. My turbulence that I had to learn from happened more at school than at home. But I have to stop and think – who else could have handled me going through the phases I went through at that time?

The lash rebellion and turbulence that was me coming into myself – a process that was necessary for my growth. Would she have really wanted a daughter who was a doormat and rolled over to anyone she deemed in an authority role?

Strong Enough to Handle the Real Me

My individual “thumbprint”, the essence of my personality was in there from the start. A mother who was strong enough to handle me – well that says a lot. Who knows what would have happened if she hadn’t been able to? That was never meant to be for us. She was up for the job, no matter how ugly the ride (and how much money they had to shell out for military school.)

And I came through – on the other side. Somewhere in my early twenties the anger and hatred started to die down. I began to come into myself, and she began to let go of the “parental” role. This is KEY, I believe, to good relationships between parents and adult children.

You’d be amazed at how many friends of mine, in their 30’s and even 40’s sometimes, where their parents still judge their choice in life (and are vocal about it – “because they care”) and try to direct and influence their children’s lives based on their own views and beliefs. In this area, my parents have been wildly successful.

And guess who I turn to for advice when I need it? THEM. Because they are wise enough to know that I am going to be carving out my own path, and it ain’t gonna look like theirs (“hey mom and dad, I’m opening a shamanic healing center in the Amazon!”) They found a way to present their concerns for me to consider without making me judged or condescended on.

And I tell them everything. My personal life, my professional world – I share with them because they genuinely want to see what’s going on in my world. Not to change it, just bonding during the act of sharing.

Once – I’ve had to set the boundary with my both of my parents. “With all due respect, I’m just telling you what’s going on, I’m not asking for permission.” They both respected that and recognized that I am a human being, no matter how young and stupid, and even if I were to fall, that’s the process I needed to go through.

I never once have ever heard an “I told you so” from my parents. I only needed to change that dynamic with them exactly once. THIS is the kind of parent I plan to be.

So now, at 31, pregnant, my mom has been nothing short of my best friend. She has been there for me in every capacity imaginable, and the level of bonding we are experiencing is deeper than it’s ever been. A long way fifteen years later from the woman I hated more than anyone.

So mom – this blog’s for you. I hope you can feel and receive how grateful I am for you, even applied back to all the years I said otherwise. You are an amazing soul – and I can’t imagine learning how to mother from anyone else. You’re the best:) I love you!