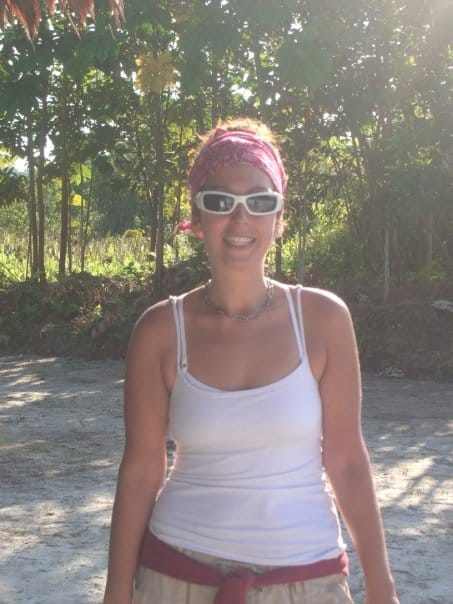 What can I say? I’m in an experience, for sure. Had a little last breath spin out on Catalyst boy for a minute, but it kind of fizzled down as that purge seems to be coming to completion. I’m developing the freedom to choose. It all came to a head last weekend, when I realized I was rebelling against myself.

Sometimes it’s not an obvious trigger. It may be totally irrational, and I may be fully and completely aware that it’s a nothing trigger. Yet still, sometimes when the energies are purging, chaotic ape-shit-ness is all I can feel. At least I know logically what’s going on (versus back in the day, when I was feeding my own victim mentality.)

So a friend of mine who has been parallel purging this consciousness stuff (we’ve been each others’ coach/client for the last six months – this shit is hard!) both of us hit kind of a ‘crumble’ point with it on Saturday.

I was amazed on Friday all kinds of old addiction energy knee-jerking me around (I compulsively wanted ice cream and Jack Daniels…lol). This was clearly an oldschool purge…

Luckily I didn’t go nuts on either one, and when I woke up in the morning, I was just sick of it. Sick of the consciousness fantasy “white picket fence tendency” purge.

Long, slow, and thick is this energy, and restructuring its belief system is slow. So I called my friend at 9am Saturday to inform her I would not be able to meet on Sunday; I needed an Emergency Road Trip.

“I’m gonna go take out my low spike at the gym…I’m so sick of this energy…” she tells me.

“You wanna come? I’m going to Savannah, be back late tomorrow night…”

And that’s how the Emergency Road Trip doubled in size. The purging partners in crime need a dark energy break, and we got it!!!

So I’m already feeling better since I simply made the decision to go. I forgot about some of my old tools – the Emergency Road Trip being my ultimate (shy of going to Peru of course).

I used to go by myself for a long weekend…somewhere warm (usually needed in the cold weather), and go take pictures, hike in national parks, do ghost tours or see galleries or whatever. Enjoy my own company in a new environment (because, of course, I would never think to do something like a ghost tour in my hometown, since DC isn’t historic or anything).

Learning to Say No

So halfway down, my friend and I are shooting the shit about our annoying purges, and all of a sudden mine starts to unravel. Well, a missing puzzle piece that I hadn’t seen clearly yet. There had been a theme lately of old addiction energy applied to food, people, and mildly to alcohol. The compulsion, for example, to text someone when I know I “shouldn’t” (or don’t actually want to would be better language.)

The desire to eat a bunch of vegetables trumped by the compulsion towards corn chips (and my roommate buying the unsalted to trick me doesn’t work! I just add my own salt lol). Alcohol isn’t so much of a compulsion, more of a symptomatic desire to self-medicate at times during a purge, which isn’t always bad (as long as I’m integrity with it). That one tends to follow the other ones.

So it hit me, halfway down 95 somewhere in North Carolina…I have some atrophied muscles. I never fully developed the ‘no’ muscle. In some areas I did, and when push comes to shove it’s there, but in these little daily lifestyle arenas, that muscle just simply needs some curls.

Think about it. I was a smart kid, so school wasn’t especially hard. I was talented at the things I liked, and the things I wasn’t I didn’t do (not surprising based on the nature of my ego!) I always felt like there was enough money (even though it kept disappearing into oblivion).

I struggled internally in many areas, but that empowered strong clarity of making a choice and sticking – no struggle – I just hadn’t quite strengthened it yet.

That’s one aspect about Luco that I LOVE – his ability to stick. He can be stubborn as hell, but once the Medicine guides him into a change and he makes the solid choice, it’s over. It’s done. No whining. Nothing. Choice. Made. Over.

Rebelling Against the Self

So this brought the second leg of clarity – that the little voice in my head always defaulted on the side of the rebellious kid. “Who says I can’t have this cookie? I CAN mofos, and I STILL won’t gain weight!” “Who says I can’t be a smoker and still run a half marathon? WATCH ME!”

The voice isn’t THAT conscious (well, the marathon was, but I did it!), but that’s more or less the voice running the show underneath my eating habits. Though I have shifted TREMENDOUSLY (since a kid growing up on hamburgers and fries – I mean, too much hummus and organic corn chips isn’t the worst sin in the world!)…but it’s the compulsion. The two voices. Me vs. “the man”. But then the reality came blazingly clear…

The rebellion voice isn’t me, it’s the addiction energy (or at least something mildly dark that isn’t my true self.) It’s ME that wants the salad, and doesn’t want to eat too much and be tired. It’s ME who wants to feel like a million bucks, and lord knows I know what my body thrives off of. It’s me who wants to eat in integrity for this body, and I have the knowledge of what she likes as a unit, and what she only likes on the tongue.

So who was this infamous “man” telling me I couldn’t eat a cookie? Likely the concept of my parents/the generic authority, not that food was a huge strictness point. I started eating to self-medicate at six when they got divorced (my mom said I handled it fine on paper – hence, the beginning of “the internal stuffage” lol).

Baby consumers in training. Some people seem to be ‘deprivers’ as their defense (that seems kind of nice, but I’m sure it’s just as sucky). Then from two houses, my dad let us eat whatever and mom tried to force us healthy. The angel and the devil on each shoulder – but which one is which? 🙂

So now, my new approach will be (for awhile, until I transcend out of this level) to reapply that rebellion energy towards the dark addicty compulsion trying to make me eat the cookie when I really want the salad. I’m not going totally anti-cookie; I JUST WANT THE FREEDOM TO CHOOSE.

Same with people. When I say I’m not going to text, I DON’T WANT TO TEXT (you hear that, compulsive little guy? MY SHOW! I AM RUNNING IT!) Sorry, I usually only talk to my demons out loud when I’m alone:)

He knows his days are numbers. Awareness is a bitch asshole!…(sorry, I know I’m not the stickiest sweet spiritual person on earth – but sometimes, for me anyway, at this level, I need to do what works. Fire with fire. Maybe I’ll transcend into an all love all light state, but until that day, when I’m in the shit, I need to get my hands dirty to dig my ass out!)

And of course, for all of you that are about to comment that I should be sending him away with love and gratitude – that is part of it, and I actually am quite grateful to him as a teacher. I just need to pull up certain energies at certain times for it to work for me (the art of application.) He will be thanked and sent out lovingly after I muster up some Strong Goddess energy to get him out first!

Okay and another note – so if I now sound like a crazy person to you, let me explain. I believe there are several ways to approach anything, obviously. One thing that works for me is to personify a negative energy into entity form. I do believe sometimes they truly are entities, but an entity would theoretically be just condensed energy anyway.

Regardless of the metaphysics, this is a tool I use for myself. I need to see clearly which is the real me, and which is “other” (the ‘What Would My Higher Self Do’ trick). Some people believe in accepting all parts of you and not judging them, and I’m not opposed to that either. I generally think non-judgment is imperative to any approach (beating yourself up while trying to heal wounds…hmm – oxymoron?)

Everyone’s in a different space in their journey. I’ve been working out high school/consciousness crap for awhile now (yeah kids, be careful! 90% of the issues you’ll work on the rest of your life are solidified by the age of 16! just a theory, hope I’m wrong). So I personify them and talk to them, because the rebellion energy is strong in me (I just have to apply it right.)

Mind tricks. Whatever gets you from Point A to Point B. So I’m not actually seeing demons, but I am actually feeling a fuzzy, crappy, compulsive energy take over my body and mind in an instant, so often that I don’t even notice it most of the time. This is the approach I’m choosing for this one. So I’m only partially crazy;)

So anyway, as much as the world brings up old little girl crap – I am willing to reprogram it into what it can truly be – sweet liberation. I am strengthen the muscle, and learning the art of discipline.

The last training piece holding me back from that last 15 lbs (I know 15 isn’t a lot, but coming down off of 230 five years ago naturally, balancing out from my Medicine work, to sit at 15 lbs away from integrity for two years is kind of annoying at this point. I deserve to be free of this! Which, of course, is why I need the discipline muscle:)

Perfectly timed, of course, with this professional wardrobe and 6am subway rides (I’m such a pro now, and I love it!) I always said I wanted to do 30’s my way. Did I mean “my way” as in my teenager’s way? Or “my way” as in the integrity of my 30-year-old self?

Obvious choice. I love who I’m becoming – why would I want to hold myself back with fuzzy addicty teenage crap? Here we go – over the hump and into the flow of freedom…I can literally feel it shifting…scary but hell yeah…

Okay so that feels like it was the most rambly blog ever! Oh well lol – this is my raw voice unedited.

Anyway you guys have a kickass day/weekend/whatever…Big things a’brewing and it’s all good:) Back in the game people, back in the game…:)