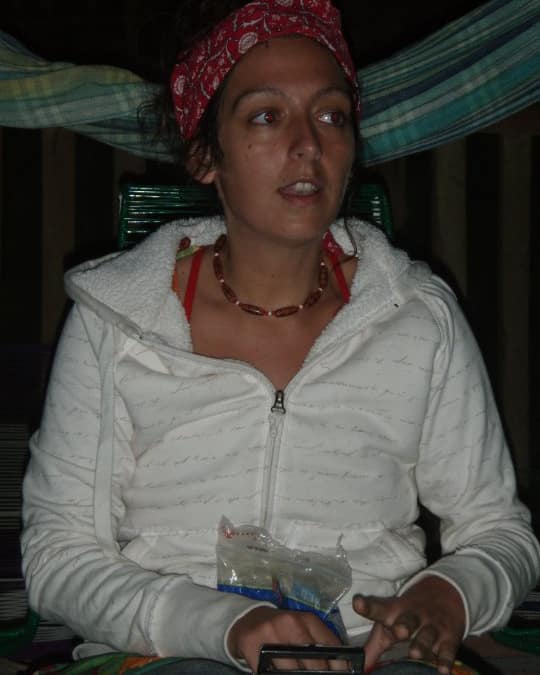 Yes, I know it’s a boring, direct kind of title. But it’s true. It’s been a few weeks since it finally came to completion of this collective consciousness purge, thank f’cking God.

That was one of the deepest core consciousness – hitting on fears that I didn’t even realized I had down there – kind of purge. Various waves for six months. It took me two years of Inner Visions and three and a half years in the Medicine to be ready to handle that one!

Okay, so while I recognized that I was purging, and working through it accordingly, there always seems to be more clarity in hindsight, once the energies have really shifted out. It all lined up, physically, emotionally, and logistically.

Physically, the catalyst was no longer available to me. Emotionally, I was completing my purge. Logistically, the surge of work I was offered was taking up the majority of my time. Perfect, aligned timing.

So what was it really about? Here’s what I’ve got from the clarity level I have so far…

Really, really releasing the old identity of adolescence. It’s funny how I just couldn’t see all the areas my little inner teenager was just hangin’ on until she got provoked with a high school stimuli.

But once it came clear, I saw so many areas she was still functioning quite strongly (she’s a stubborn little rebel that one!)

She kept trying to separate these things. Life purpose was “spiritual” and “free”, money and career went into the “sellout” category. Yeah she was always broke and not able to do much “spiritual” helping, since she spent all her time trying to make ends meet and judging people who did have a ‘successful career’

Tantrum, whining, victim, entitlement: “It’s not FAAAIR! Why does everyone ELSE get to experience this fantasy at least ONCE in their LIFE!? Haven’t I done my work? Paid my dues? You OWE me Universe!

It’s cuz I still have this stupid extra 10 lbs, dammit!” (yeah, she’s a little ridiculous – okay judgment, but seriously, to actually hear these thoughts flooding out of my mind while purging, knowing full well they are bullshit – weird space. At least I knew what was going on…)

So we healed her. At least a large chunk of her (I won’t really know until she gets provoked like that again as a barometer check.) But what I can see is the beautiful flowing amazingness that always seems to lie on the other side of the purge! More on that in a second…

So she fought, I fought back. She cried. I nurtured. She yelled. I ‘fucked it’ a couple of times. She bitched. I crumbled. I picked up. I kept walking. I prayed. I called up the Medicine daily. It’s all I can ever do. And I survived my six month long core consciousness purge. I’m sure it’s not the last. But man, what has happened since…

So below her was the foundational belief system that on one level was that at depth (not at pure spirit) I felt I just generally “wasn’t good enough” (core belief.) I discovered under that “I don’t deserve it.” Old white guilt quite possibly. Some kind of guilt.

Feeling like I hadn’t worked hard enough. Suffered enough. Earned it. The problem with this belief (which I didn’t even know was in there) was that it’s like “just around the corner” syndrome. “I’ll be happy when I have money. Or lose weight. Or get married. Or have kids.”

Just Around the Corner

Happiness becomes the elusive things that forever is “just around the corner” and never actually here. Exactly when has enough work been done to satisfy my inner critic? Was taking out an equity line on my house to open Infinite Light not enough to show my commitment? Y

ou know, devoting my whole life to my Purpose? Was the guilt of being financially ‘privileged’ going to dim my light forever, constantly trying to over-correct by staying broke, even when other people’s livelihoods were at stake? When would enough be enough?

Somebody’s got to do this shit so others see it’s possible. We are doing that now. By limiting myself and my light in obedience to a faulty, ego-based belief system, I just feed that space in the Matrix consciousness even more. No mas.

This is still raw, but the belief system is actively shifting underneath me, even as I write I can feel it’s thick, slow movement. But purging and clearing out in order to actually see it gave me the ability to shine light on it, soften it up, strengthen the muscles of the new, aligned belief system (that involves me being my True Spirit in Life Purpose, which has been my overall intention the whole time), and watch that big huge building crumble.

It’s like a slow motion movie, where the foundation begins to break and the floors cave on top of each other. And a huge breath of fresh, gusting air flows through the space those walls once occupied, leaving nothing but a cloud of dust and cobwebs in a cloud, floating into the ethers.

Free little spirits once trapped among those walls smile as the sun shines again, reuniting with their loved ones. Sadder and heavier spirits have nowhere to go except towards the light of day. We smile a deep, heavenly breath of relief as the heavy work is done for that one.

The Space that Remains

Once the rubble is cleared, we can create whatever we want, from our current selves, in it’s place. And the teenager? She’s still around. However, we work together. Some aspects of her I still use, but consciously this time.

The little rebel is needed once in awhile. And her free, silly spirit – her without her fears is me without mine. One major, gigantic ‘energetically physical’ structure just created an immense amount of free space in my body, and damn – it feels good.

Anyway, whew, okay well that was only the foundation crumble part, but what’s come through since then is amazing. I don’t even know if I have the energy to write this, but I don’t want to break my flow. Okay, last bit…

So I want to help other people do this. People like me, who didn’t know shit about shit regarding business, money, etc. People who judge money and rich people and big corporations as being the devil, yet feel intuitively there is something off about that attitude (I mean, call a thing a thing – it’s a judgment and to me, judgments come from ego).

Considering most of us are all about unity, love and non-judgment, yeah well that’s easy to apply to a flower, or a child, or a Buddhist Monestary. What about to big business? Government? Law enforcement? Attorneys? Western Medical Doctors? Ah ha, get’s a little harder to apply there.

I gotta say, I’ve been the ‘fly on the wall’ interpreter at several government agencies I used to have ill feelings for, and I gotta tell ya – I don’t know about the system, but the people themselves really do seem to be trying to help and serve people, just like us “spiritual” folk.

Making sure money is going to where it is supposed to be going and not being pocketed – well, that’s what an audit is. It’s not to screw us. It’s to help us (assuming we’re not the ones pocketing it!)

This may be totally obvious to everyone else, but these kind of “veils lifting” is what’s happening on the other side of this purge. Most people, I would dare to say, are really trying to help people in their own way.

I was the one being judgmental, and I’m the one who’s supposed to be “spiritual”. Jesus, ego-check. And I didn’t even realize these blanket judgments were in there – ego blind spots,

I was just so used to them that I never quite had a conscious thought about them, but once they went down with the ship and the new level of ego release veil lifted, I couldn’t miss it.

And of course, the Universe would give me opportunities to see at the same time (like putting me in the middle of government agencies all the time.) Who the hell knew?

So pre-tangent – I want to help people like me. I’m stumbling through this process with a flashlight, though it’s still dim at times, depending on how much I am willing to see. But I feel there is a large-scale missing bridge between our Western “spiritual world” (not Spirit World, I mean culturally) and “regular people.”

I swear we are sometimes the worst judges of all, preaching non-judgment! Okay, sorry guys, I’ll speak for myself, but there just seems to be a measure of arrogance within our “spiritual” cultural norms, which is totally counter-intuitive to what we say we believe.

And that judgment may be hindering us from actually serving our Life Purposes (okay, sorry sorry, me. I’m speaking about if there are people out there who have had a similar experience, that’s who I want to help. I’m not implying everyone has my same kind of ego!)

But there has to be a bridge. First, a bridge to money/means/abundance. All the abundance prayer and intentions isn’t gonna do much if it’s bouncing off a belief system that’s stopping or slowing it.

Some of us have Life Purposes that are specific, and require a certain amount and money and time to serve out. Well, we live in physical world that requires a certain amount of means to survive, much less thrive.

Judge it or accept it: it is what it is. So what’s happening to me is, that I’m finally, really accepting it.

Recognizing that so many service ideas I have simply need money, and the skills to know how to use it for the greater good.

I want to help other people who are feeling called by Life Purpose, yet feeling blocked by money be able to do that, through inner belief/energetic work, and also being able to actually hand-hold them through the business process (and I almost put ‘business’ in quotes! Old ego muscle-memory lol), even eventually be able to invest in start-up conscious Life Purpose businesses!

So, as I told my brother with a laugh – Step 1: Get good at business:) I swear to God I’ve been daydreaming about getting an MBA. I’m serious. Don’t laugh people who actually know me – who the hell knows what’s on the other side of this one, but it feels hella big. Like, move some consciousness shit level big.

Imagine if all of a sudden everyone who felt a call to Life Purpose stopped judging money and people who had it, and could actually move into their various service roles? The ripple effect that would have!? It blows my fucking mind, and I don’t have time to judge it anymore – there is too much shit to do in this lifetime.

Embracing the Adult Self

She/I fought, kicked, screamed, didn’t want to ‘grow up’, but now that I’ve let go into it, I love it. It feels like relief and empowerment at the same time. Because, let’s face it – we got big girl work to do.

Oh PS – I just realized I didn’t address the relationship part. That will have to wait, I’m on break. The money system has taken priority for awhile, which is fine by me! Stay tuned…:)

← Rebelling Against Myself The Layer Above My Soul: New Relationship, Old Triggers →